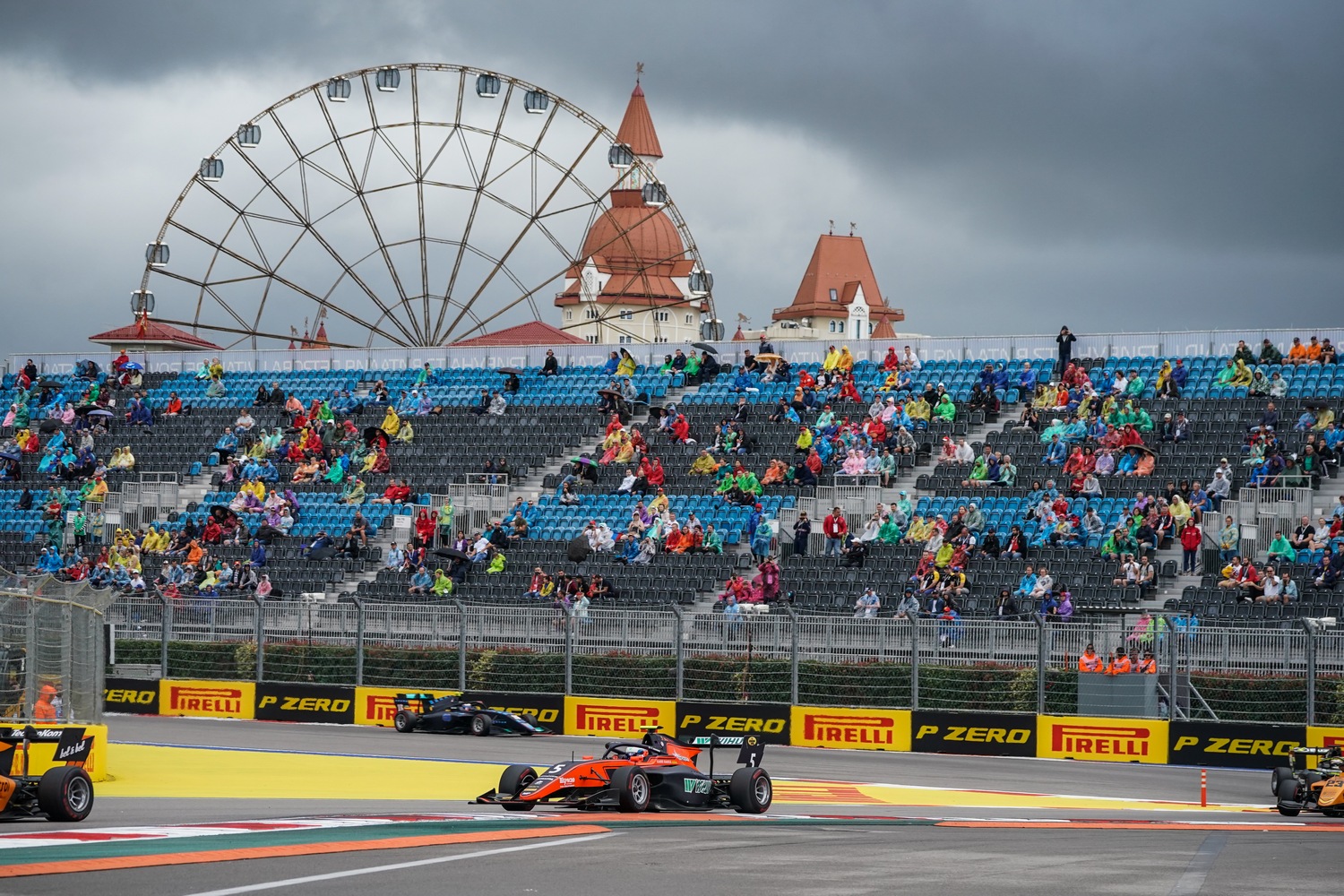 The last races of the FIA Formula 3 season took place at the Sochi circuit in Russia. The eight-race weekends long championship ended here in the old Olympic Park. There is still one race to go as an extra option, and that is the Formula 3 Macau Grand Prix, but it won’t affect the FIA Formula 3 Championship standings.

It was a sunny start of the afternoon with air temperatures around 24 degrees. As always, all drivers went straight out on track when the light went on green. The drivers had to qualify with the soft compound tyres from Pirelli. Richard Verschoor was the fastest MP Motorsport driver after the first push lap. He got the 15th fastest lap time followed by Simo Laaksonen with the 17th time and Liam Lawson on position 23. The Lap times improved during the second push lap with Laaksonen being the fastest of the three drivers. Some drivers went back in the pit lane after two flying laps, but most drivers stayed out for a 3rd push lap. Richard Verschoor ended his first run 18th, Simo Laaksonen 22nd and Liam Lawson 25th. Shwartzman was fastest in the first run with a lap time of 1:53.544.

The first cars left the pit lane with 10 minutes to go on a second set of new softs. The track improved each lap again, but it was the final lap that decided the start positions for the first race. Richard stayed out of problems and improved each sector what eventually made him 13th fastest, Liam Lawson ended his qualifying 23rd followed by Simo Laaksonen with a 24th start position. Shwartzman was again fastest of the run with a lap time of 1:52.583.

The start positions were damp, and the clouds were dark enough to show some rain at any moment. Richard Verschoor struggled with the wet start position what cost him three places in the end. Liam Lawson and Simo Laaksonen did the opposite and gained 4 to 5 positions during the first lap. The rain came in during the second lap what resulted in a VSC. Two drivers decided to go in the pit for rain tyres, but that was a big mistake in the end. It stopped raining in lap 3, and the sun started to shine from then on. All the MP Motorsport drivers stayed on track during that rainy lap, but they had to follow the safety car after Hon Chio crashed in the wall. The safety car went in during lap 5. Verschoor was 12th, Lawson 13th and Laaksonen was at that moment 18th. Not much happened for a while till Verschoor managed to overtake Tsunoda in lap 10 for the 11th position. Things turned around for the Liam Lawson after that. He dropped back five places in the end during some battles and ended his race 18th, Simo 17th and Richard Verschoor managed to score one point after he finished 10th.

Richard Verschoor had a good start he moved up one place and took over the 9th position. Liam moved up to the 17th place while gaining 2 positions, and Simo Laaksonen had to deal with a loss of 2 places during the first lap. The start itself went overall without problems and incident till lap 5 when Pulcini span. This gave all the drivers a free extra position gain. Richard Verschoor’s race pace wasn’t that bad, but overtaking isn’t so easy. Liam, on the other hand, was overtaking and moved up to the 14th position while adding pressure on Christian Lundgaard for the 13th position.

Simo Laaksonen had to stop his car in lap 10 when he had to deal with an unlucky technical problem. Liam Lawson moved up to the 13th position in the meanwhile. Richard Verschoor managed to overtake as well from lap 13 on. He passed Tsunoda for the 7th place but had to give it back a few laps later when Tsunoda went in his slipstream in lap 15. Liam kept overtaking as well and moved up to the 12th place around the same time. Richard managed to gain again back his position from Tsunoda, but this time his gap was big enough to stay away from him. In the end, it was Yifei that took over the 6th place again from Richard Verschoor. Richard ended his race eventually 7th followed by Liam Lawson on 8th. Both scoring points in race 2