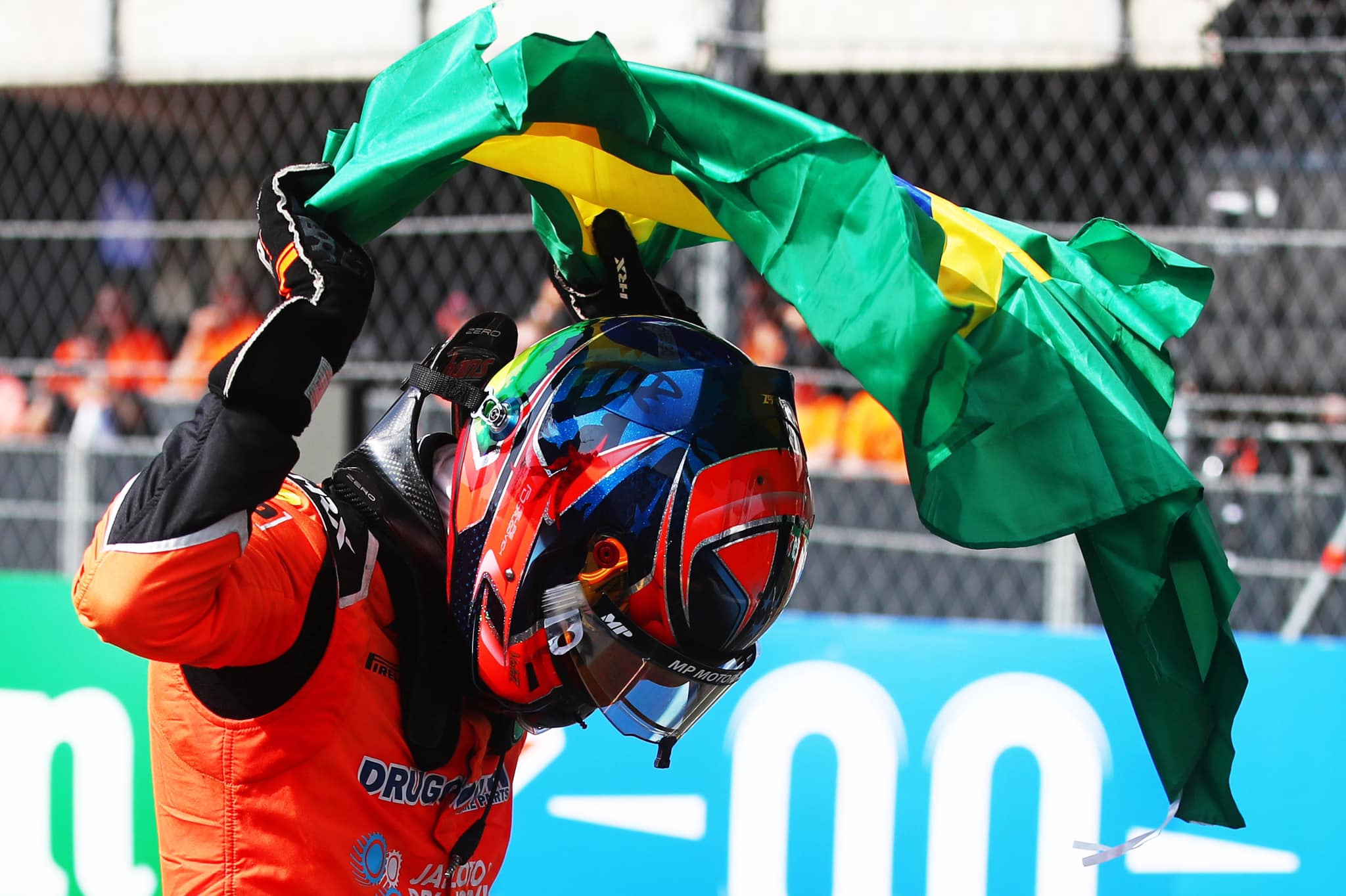 MP Motorsport wins in Zandvoort with Felipe Drugovich in Formula 2 and with Caio Collet in Formula 3. The Dutch team, on their home circuit, accumulates points in all categories.

In Formula 2 the world leader Drugovich gets the second consecutive pole-position, the fourth of the season in the championship. In the speed race he starts 10th with an inverted grid and crosses the finish line in the same position, setting the best lap, while teammate Clement Novalak climbs to the second step of the podium. In the feature race the Brazilian gets the first place increasing the advantage with the rival in the championship and really coming one step away from the title.

Also in Formula 3 the Dutch team partner of Draco Marketing is not far behind. Caio Collet wins race 1 taking home his second win of the season after Budapest. Collet also remains in the points in race 2 with 7th position, Smolyar 11th and Maini 13th.

MP Motorsport is confirmed as one of the most prestigious teams in both Formulas that follow Formula 1 and the championships are becoming more and more interesting, in view of the next appointment in Italy, in Monza on the weekend of 10-11 September