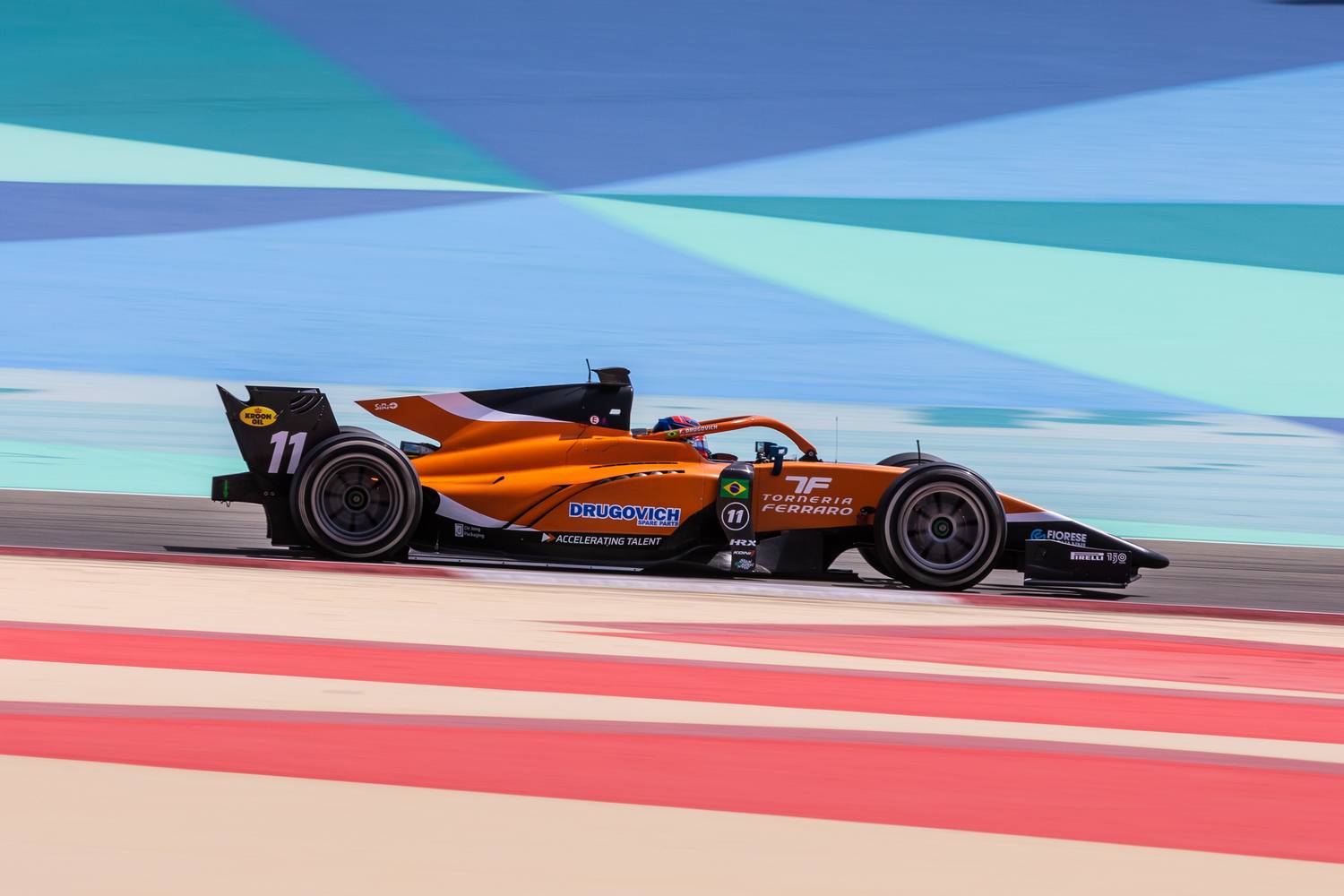 A long week of collective tests for the MP Motorsport team at the Montmélo circuit in Barcelona, ​​which conquers the best time both in Formula 2 with Felipe Drugovich, current championship leader, and in Formula 3 with Caio Collet!

The first 3 days were dedicated to Formula 2, where Drugovich immediately took the lead in the first round with hard compound Pirelli tires. The following days were characterized by heavy rain and red flags. Despite this, the MP drivers, Drugovich and Novalak, recorded excellent times, conquering the top positions. And in the end it is Drugovich who conquered the pole of the three days.

The Formula 3 cars took to the track on Friday 15 and Saturday 16 April. The MP Motorsport Team lined up Alexander Smolyar, Kush Maini and Caio Collet with excellent results for all the drivers. Smolyar gained pole on Friday afternoon, while Collet finished with the best time on Saturday morning, dedicated to qualifying simulations. During the last round, the teams concentrated on long-runs. At the end of the tests it was Caio Collet who won the pole of the two days with the fastest lap.