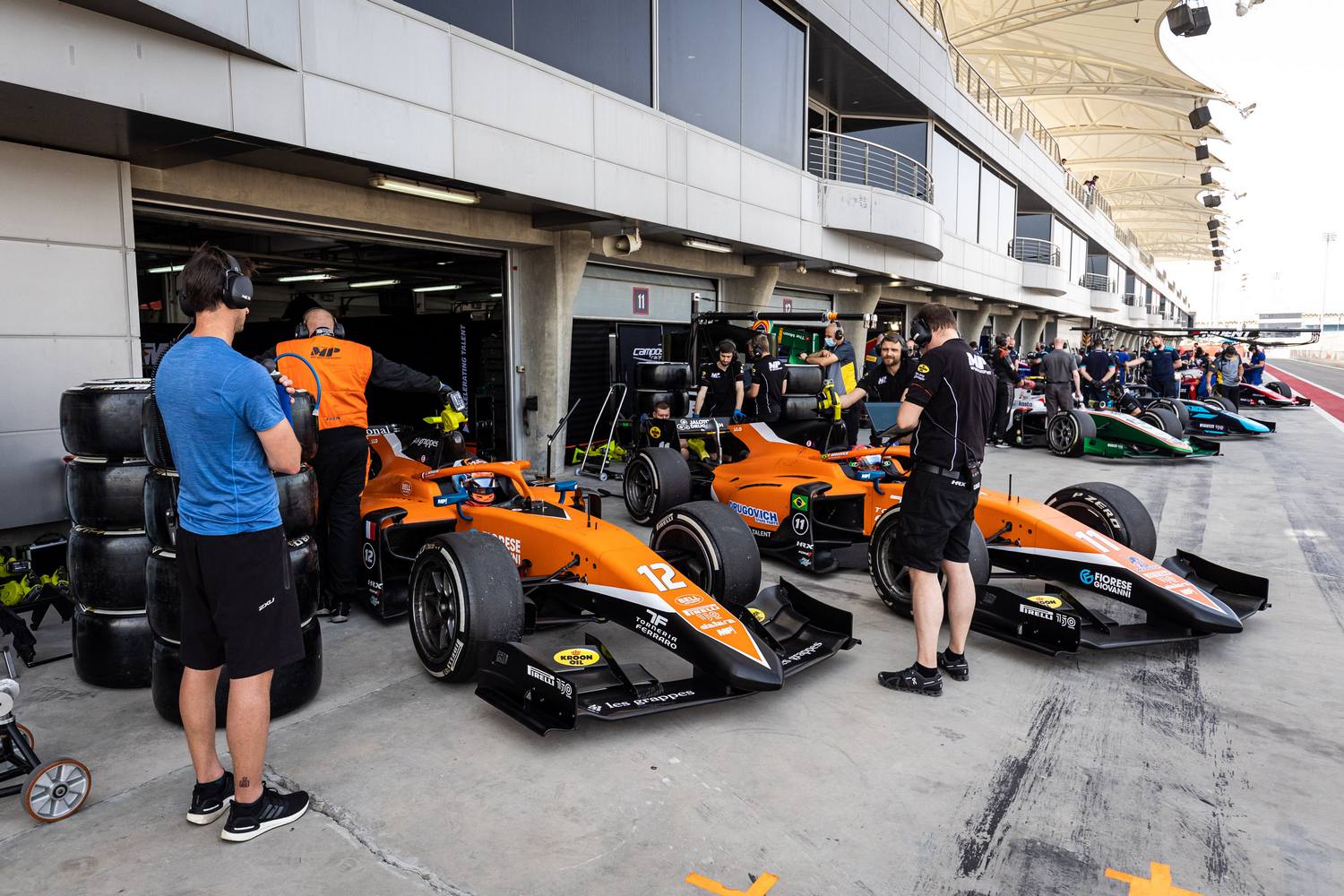 Three intense days for the MP Motorsport team, Draco Marketing partner, at the Sakhir circuit in Barhain, for the collective tests that anticipate the start of the Formula 2 and Formula 3 season.

For Formula 2 the team achieved good performances with both drivers Felipe Drugovich and Clement Novalak taking a double at the top of the standings in the fifth round. During the three days, the teams engaged in race simulations in view of the start of the championship in a few weeks on the same circuit. In fact, the first Feature Race will start in Barhain on 20 March with very high temperatures and therefore the need to manage the Pirelli tires as much as possible.

The F2 tests ended early due to the arrival of a sandstorm that canceled the last round.

Alexander Smolyar, Kush Maini and Caio Collet tested on the track with Formula 3 cars, achieving excellent results. Especially on Thursday and last Friday, Smolyar and Collet got the top positions with fast and precise performances.