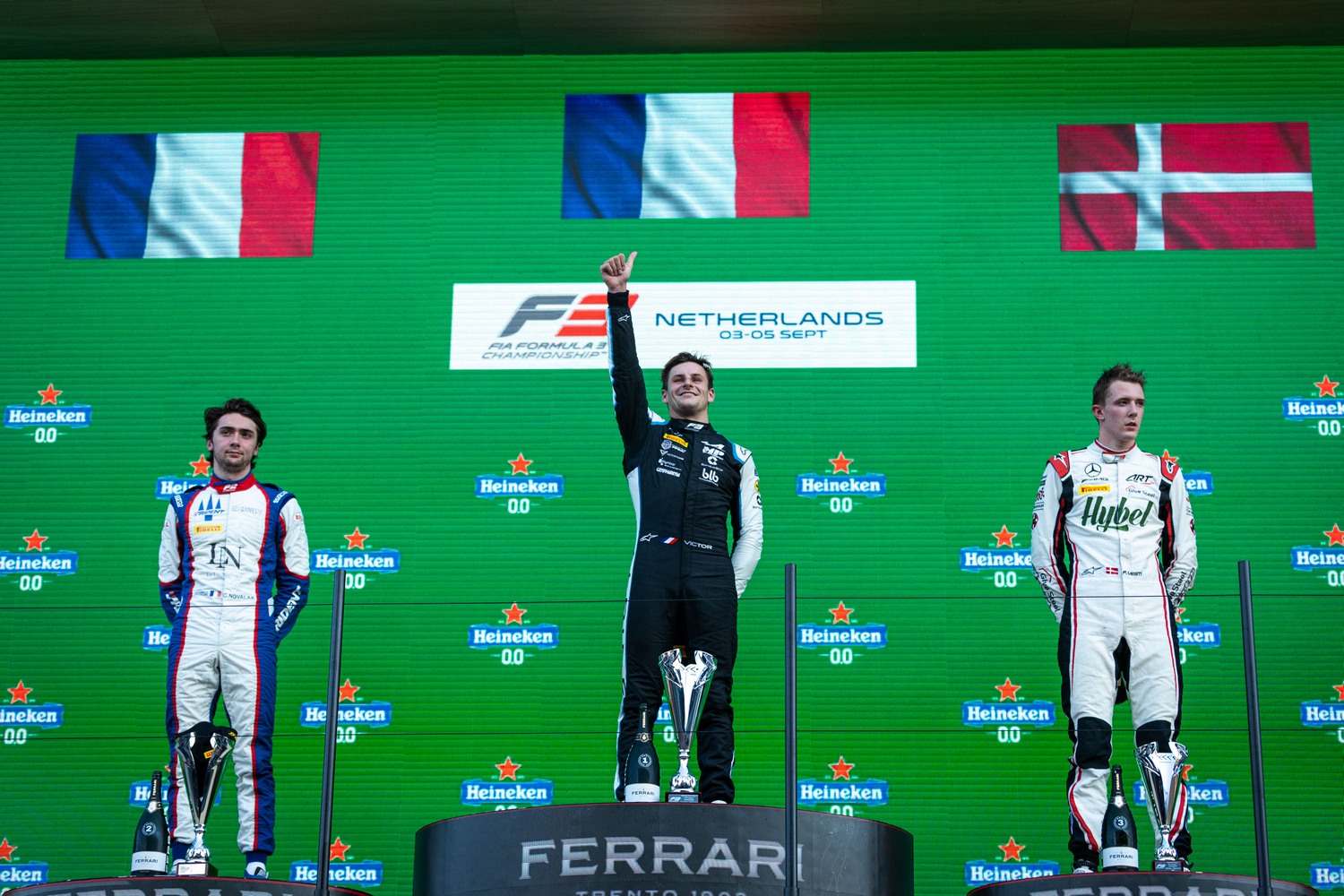 Excellent performance for the MP Motorsport driver who in Zandvoort climbs to the top step of the podium by winning race 2 of Formula 3. After a good qualifying and an eighth place in race 1, Martins performs a perfect race with a great comeback. Starting from 5th position, the French rookie overtakes first Caldweel then Vesti and then Cohen after an exciting duel, until he reaches the leader Novalak who also overcomes him with ease. At the cut of the checkered flag, Martins conquers the first position confirming himself as the best rookie in the category at only 20 years old.

2020 Eurocup Renault champion and coming from the Alpine Renault Academy, Martins was chosen by the MP Motorsport team, Draco Marketing partner, for his great potential that he is showing off on the track and in the points in the championship, which see him currently in 4th place , very close to the former. Too bad for the mistake in race 3 which brought him a penalty and 10th place finish. Team mate Caio Collet also very well, always in points, 5th in race 1, 4th in race 2 and 5th in race 3, currently 8th in the championship.

Next meeting in Sochi on 24-26 September, together with Formula 2 and Formula 1, in which the MP Motorsport team will be busy with 6 races.