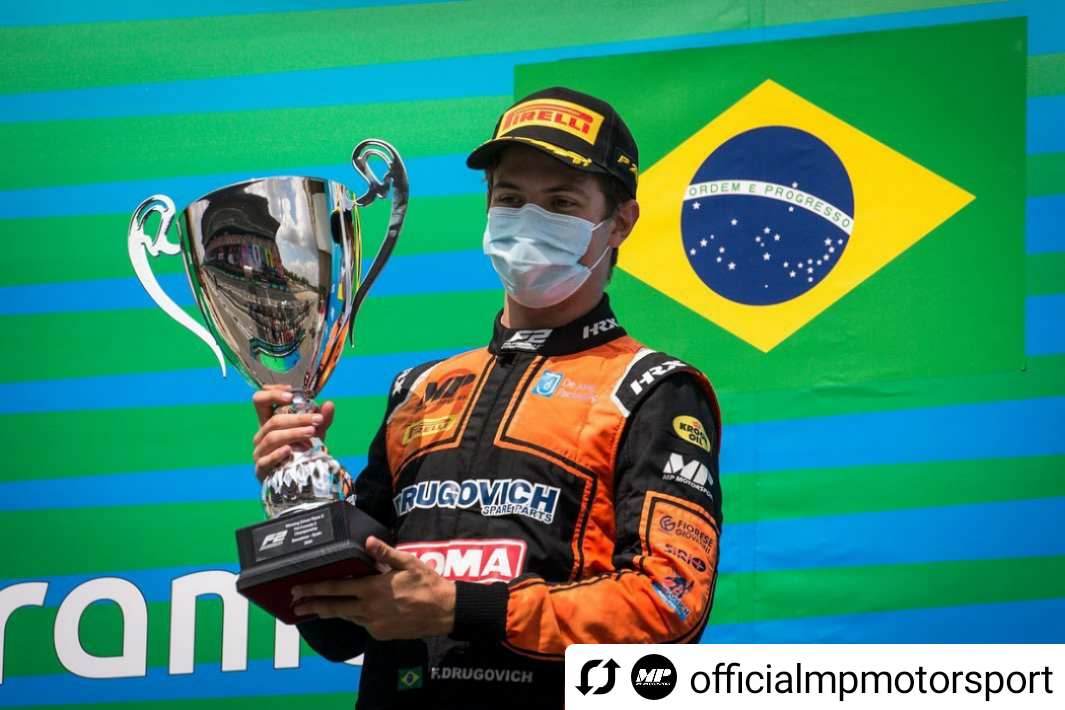 The second weekend at the Al Sakhir circuit in Barhain and the 2020 season of the Formula 2 championship ended. The MP Motorsport team, Draco Marketing partner, once again conquered the podium with Felipe Drugovich in the first race.

The Brazilian driver had finished in 4th position, after being put off the road by Mazepin with a risky maneuver, but the Hitech driver was penalized at the end of the race and lost his place, giving it to Drugovich who can count another podium in beautiful season in which he showed his talent, conquering 121 points and finishing in 9th place.

Giuliano Alesi, who arrived in MP Motorsport in the last few races, obtained the 15th place in race 1, with a good comeback in the sprint race which earned him the 6th place finish.

MP Motorsport has collected 4 victories and several podiums this season. The championship was won by Mick Schumacher, a few days after the official announcement of his arrival in Formula 1 with the Haas team.

The Formula 2 championship will now prepare for the 2021 season, with the winter tests and the subsequent calendar that sees 3 races for each weekend, always together with Formula 1.