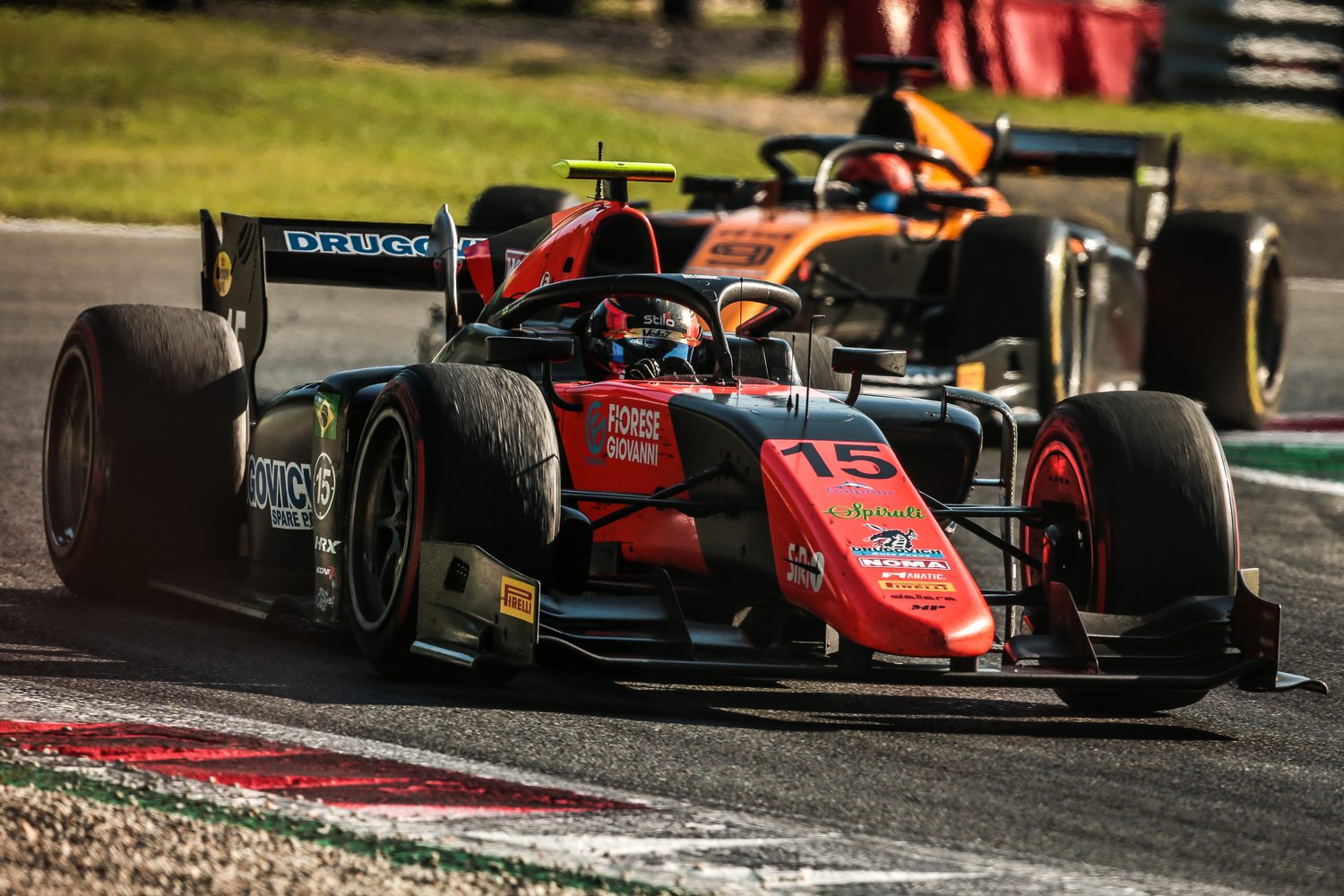 The Monza Grand Prix has ended for Formula 1, but also for Formula 2 and Formula 3, which follow the main formula of world motorsport. Draco Marketing partners were as always alongside the Dutch MP Motorsport team, standing out on the liveries of the cars and on the drivers’ suits.

In Formula 3 Bent Viscaal in race 1 recovered 13 positions, obtaining the 8th place on the finish line (after starting 21st) and then started 3rd in race 2, where however he had several problems and finished 11th . On the other hand, his teammate, Richard Verschoor, scored points in race 2 who, after the puncture in race 1, recovered 17 positions and conquered the 10th position in race 2.

In Formula 2 in the feature race Matsushita achieved P15, followed by teammate Drugovich in P16. It didn’t go much better in the sprint race, where Drugovich while he was fighting for points was touched and turned around, going out of the race. Matsushita finished 12th.

World Motorsport remains in Italy with a new weekend of racing from 11 to 13 September at the Mugello circuit.