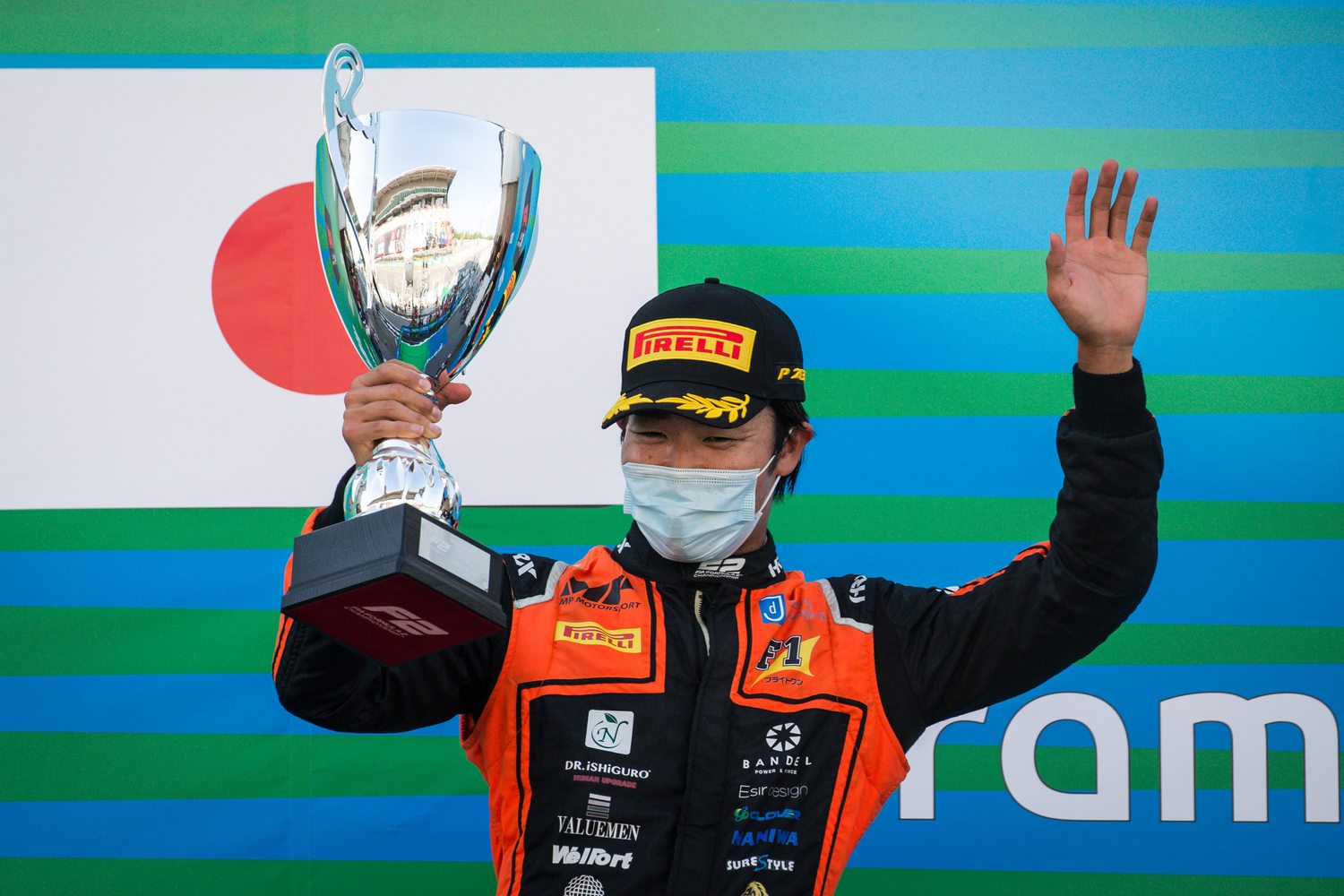 MP Motorsport, Draco Marketing partner, wins all in Barcelona. The Formula 2 championship has disputed its sixth stage of the season at the Montmélo circuit and the MP Motorsport team took first place on the podium in both races with two different drivers.

In Race 1, the most important, which took place on Saturday 15 August, Nobuharu Matsushita started 18th and recovered up to the first position. Part of his victory is due to the team’s excellent strategy. In fact, the Japanese driver used a safety car entrance to change tires and mount the Pirelli soft tires and this earned him the third position. The MP driver then attacked for overtaking and crossed the finish line in first place! Team mate Felipe Drugovich also did well, finishing 7th he was able to start from the front row in Sunday’s Sprint Race. Drugovich took advantage of the start very well and immediately positioned himself 1st managing the hard tires well until the finish, where he also got the top step of the podium, with Matsushita in 5th place.

A truly winning weekend for the Dutch team that for years has been carrying Draco Marketing partners on its cars and drivers’ suits, who in Barcelona were truly able to exult as absolute winners! The MP Motorsport team, which collects important points every weekend, will fight for the title again in the next rounds.

The cars will be back on track in two weeks at the SPA-Francorchamps circuit in Belgium where Formula 1, Formula 2 and Formula 3 will take place. In Formula 3, MP Motorsport lined up Richard Verschoor in Barcelona, ​​9th in race 1 and 4th in race 2, always in points. Less positive weekend for Viscaal and Dunner.