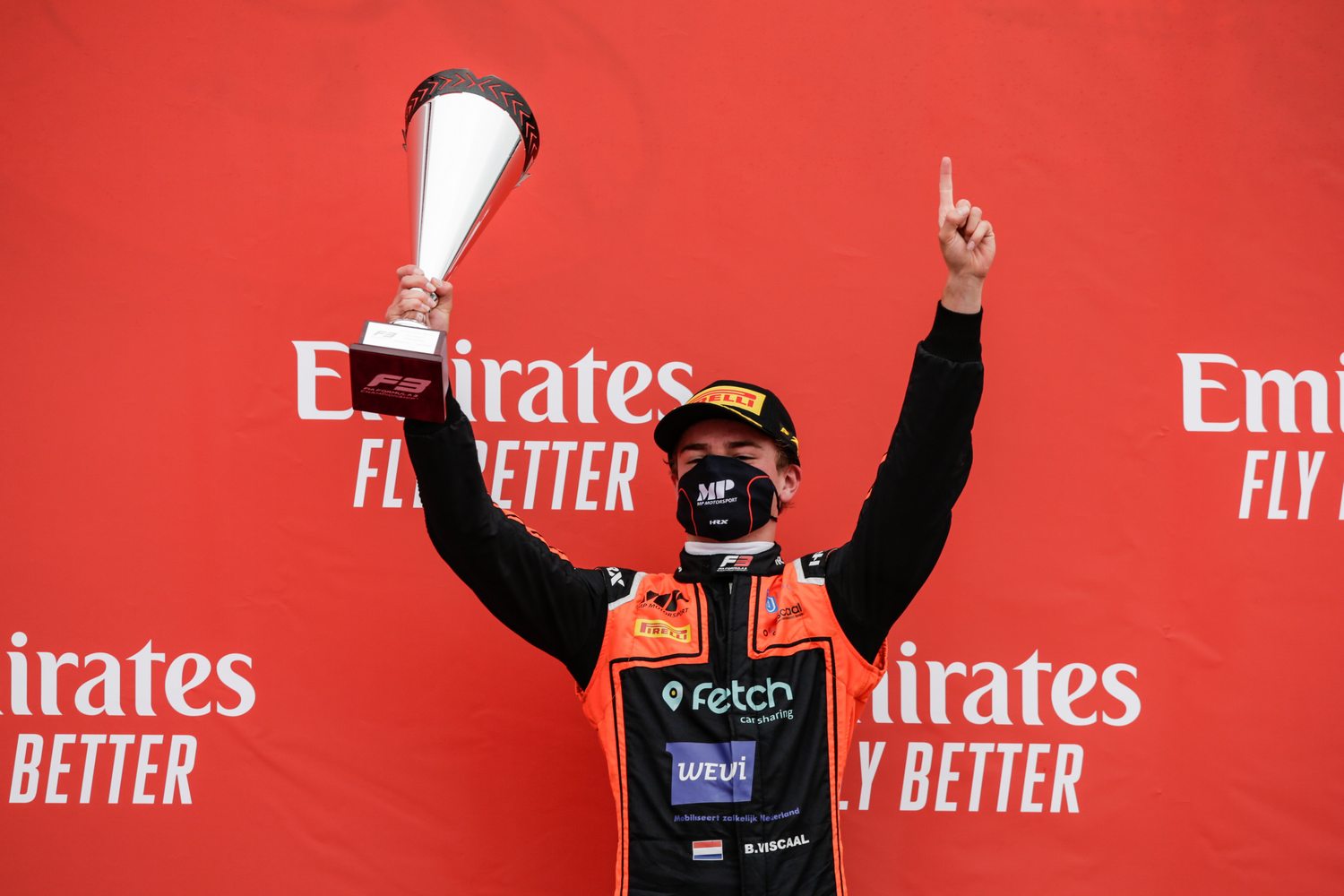 Another weekend at Silverstone for Formula 2 and Formula 3, together with Formula 1 as always. MP Motorsport, Draco Marketing partner, took the victory in Formula 3 with Viscaal on the top step of the podium.

In the first race, Richard Verschoor gained places, and finished on P19 after starting from P27. Bent Viscaal had a tougher race and finished on P8 after. Race 2 was very exciting, and in the very last lap, Viscaal managed to take the win, after being behind Zendeli within a second, for the whole race. After Budapest, this win obviously felt like a relief for the whole team. This was for Bent Viscaal his first win in Formula 3, but also the team’s first win this season in Formula 3.

Bent Viscaal: “Yesterday was obviously a great day. On Saturday we had the pace, but due to contact with Doohan in lap 1, I had floor damage which made it hard to compete. I finished on P8, and yesterday I made up for it by winning the race. Thanks to the whole team and all their hard work, I am absolutely ready for the upcoming races this season.”

The weekend for the Formula 2 guys was a tougher one compared to last week. With the bad luck during qualifying, the Feature Race was an interesting one where 2 different strategies were applied to the race. Felipe Drugovich finished in the points on P10, with Nobu Matsushita right behind him on P11. The Sprint Race was difficult, Matsushita had an issue with the car, therefore the pace wasn’t great and he finished P18, while Drugovich P12.