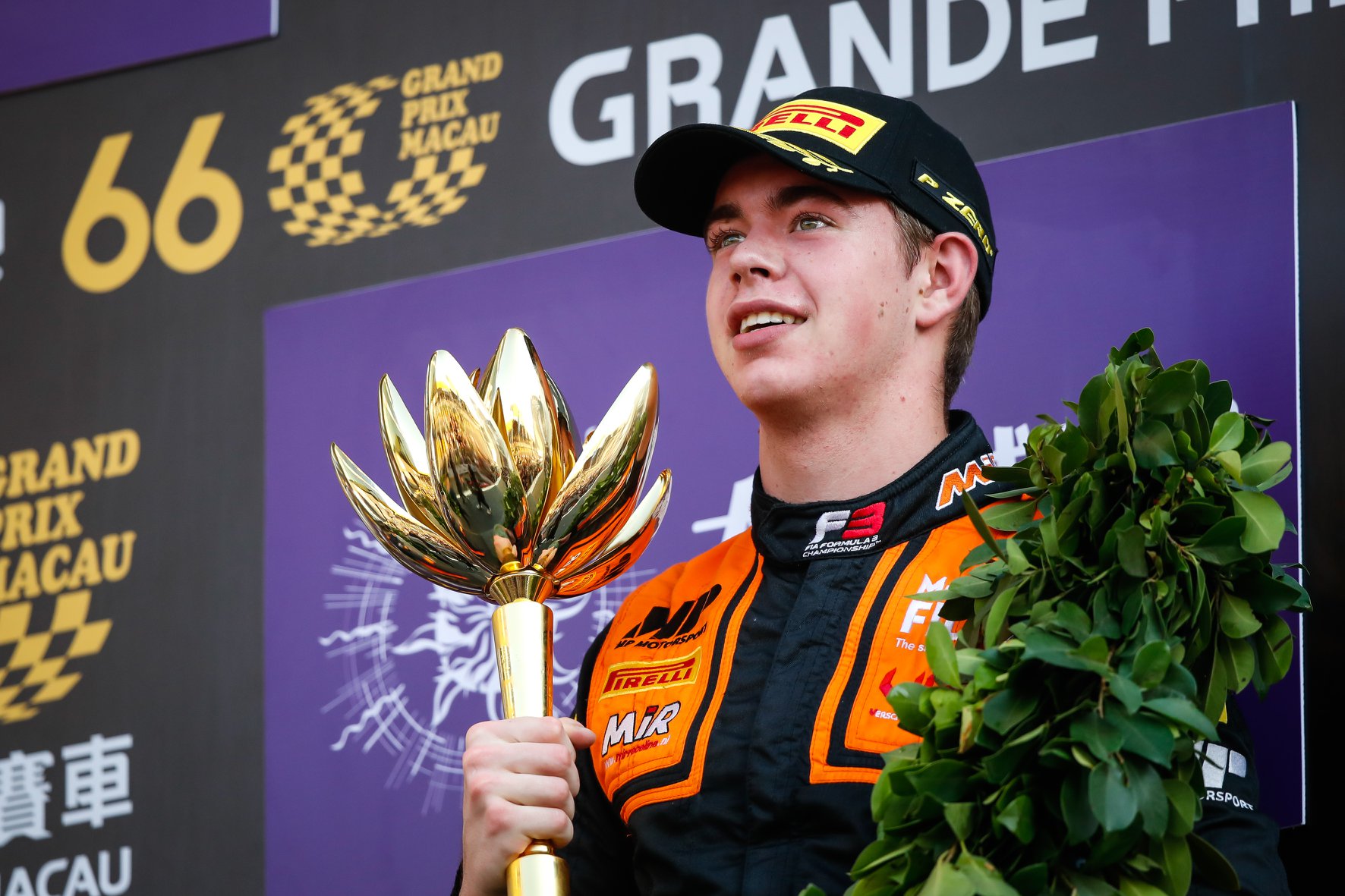 Macau winner Richard Verschoor has decided to extend his stay in FIA Formula 3. The 19-year-old Dutch driver from Benschop will continue with MP Motorsport, and has also prolonged his tie-up with the Dutch Motorsport Association’s TeamNL programme.

Verschoor has opted for a second year in FIA F3 having finished 2019 on a high with his stunning victory in the FIA Formula 3 World Cup through the streets of Macau. His Macau success followed a season in which Verschoor took fourth on three occasions, first at Paul Ricard and then twice at Monza, where the delivered the strongest weekend of his debut FIA F3 season.

At MP Motorsport, Verschoor will complete an FIA F3 line-up that also comprises his compatriot Bent Viscaal and Austrian Lukas Dunner, whose contracts with MP were announced earlier. In addition, the Dutch motorsport association KNAF will continue to support Verschoor through its TeamNL programme. The KNAF has been backing Verschoor since his time in karting.

“I am happy to continue in FIA Formula 3 together with MP Motorsport and TeamNL”, said a delighted Verschoor. “Last year saw an upward trend in the second half of the season, culminating in that amazing victory at Macau where everything just clicked. I’m eager to continue this trend, and I’m confident that I can be a frontrunner in 2020.”

“It is good news that we will continue working together with Richard,” said Sander Dorsman, MP Motorsport’s team manager. “Last year, we showed lots of promise in FIA F3 but now we aim for podiums and more victories.”

Verschoor will embark on his fifth season in motorsport in 2020. In 2016 he debuted with two titles in Formula 4, followed by a season and a half in Formula Renault. Verschoor made the transition to GP3, the predecessor of the current FIA series, in mid-2018.