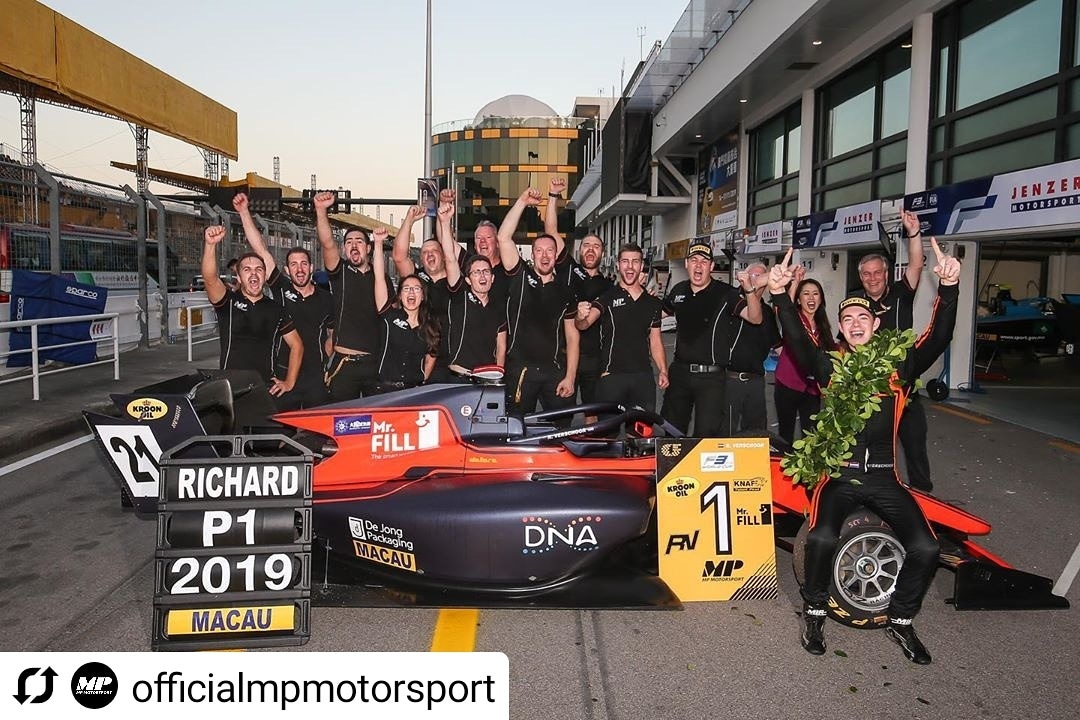 After the conclusion of the championship, the FIA ​​Formula 3 raced in the Macao circuit for the international race with the new cars. The weekend was very positive for the MP Motorsport team that won the first step of the podium with Richard Verschoor. Below is an extract of the article published on Italiaracing.net:

“It was the surprise of every session, of the qualifying, of the races. Richard Verschoor and MP Motorsport accomplished something miraculous in the four days of Macau. A continuous growth for the Dutch couple who was making their debut on the most difficult city track of the world. Verschoor, just 18 years old, champion of the Spanish and Russian F4 in 2016 with MP, ninth in the Eurocup Renault 2017 always with MP and thirteenth the following year with Kaufmann, New Zealand Formula Toyota vice champion in 2018, this year he raced in the FIA ​​F3, finishing thirteenth with MP, but in Macau, Verschoor has changed, and immediately fifth in the first free round, fourteenth in the first qualifying, Richard was third in the second free and then fifth in qualifying 2. In race 1, he was placed fourth, finally the masterpiece in the final race where he passed Juri Vips and all the other favorites. “