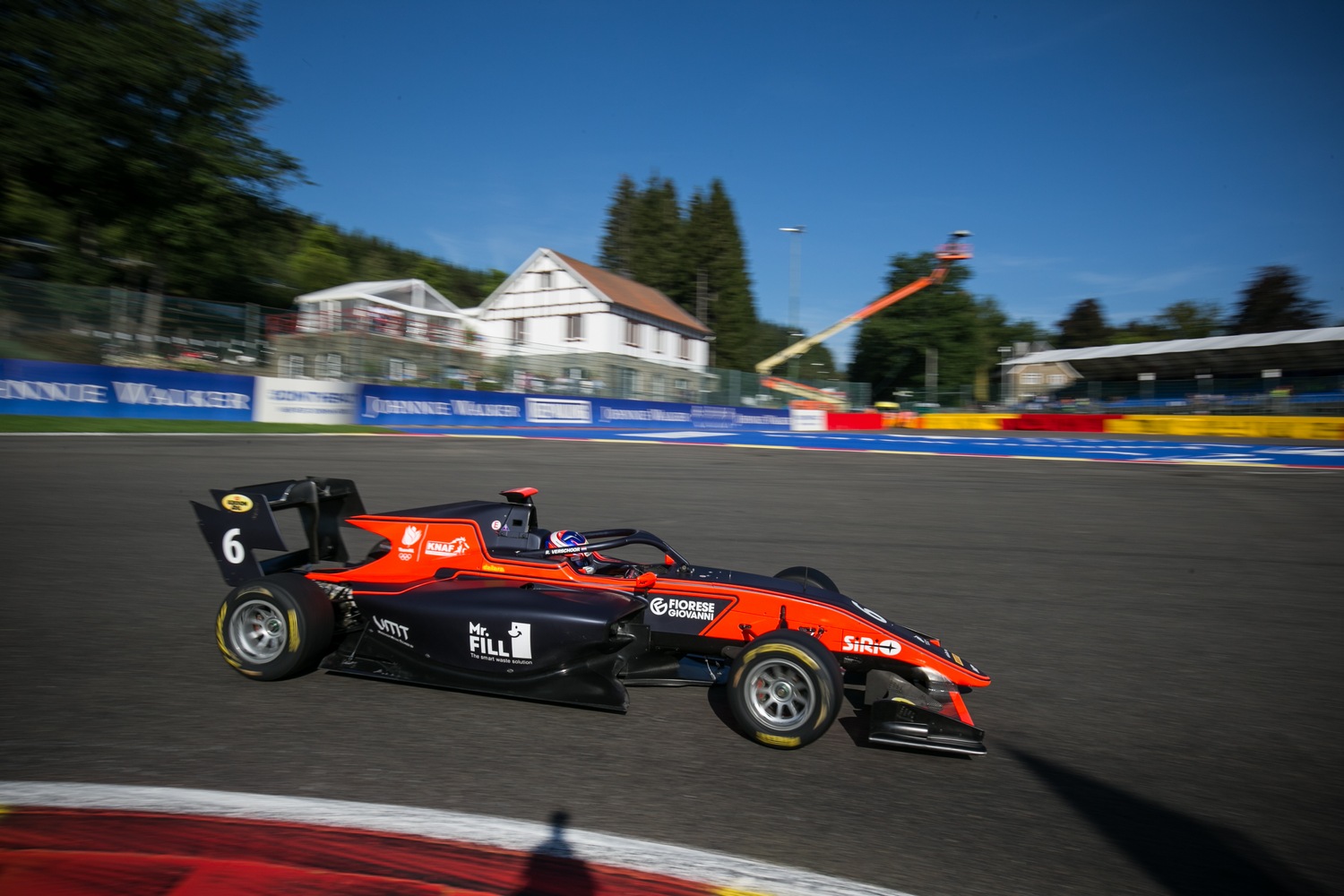 The Formula 3 qualifying started straight after the Formula 2 qualifying in clear weather with 25 degrees. Everybody went straight out to stay in the rhythm of the tyres and field of drivers. Liam Lawson was 14th fastest after his first flying lap, Richard Verschoor 17th and Simo Laaksonen 20th. The second flying lap on their first set of tyres didn’t create enough of an improvement.

The field went back in the pit for a new set of medium tyres. Everybody improved their sectors during the first push lap on a new set of tyres because the track condition kept improving after more rubber was placed on the Belgian circuit. Liam Lawson set a lap time of 2:06.060 what made him 10th fastest, Richard Verschoor ended his qualifying 13th, and Simo Laaksonen finished his session at position 27.

The start of the race went well for Richard Verschoor and Liam Lawson they both gained many places after some small incidents in front of them. Liam took over the 7th place, Richard 8th and Simo Laaksonen 27th. The Virtual safety car switched on, but the track got cleared quickly during the same lap. The DRS got enabled on lap three, but that started to work against Liam and Verschoor. Both drivers began to struggle with tyre degradation and started to struggle to stay in the DRS zone of the drivers in front of them while the competition behind them began to get closer. Both drivers started to lose positions during the laps what finally resulted in the 12th position for Liam Lawson, 17th Richard Verschoor and 24th for Simo Laaksonen.

The Formula 3 took over the time slot of Formula 2. The FIA decided to cancel the Formula 2 sprint race out of respect for the loss of Anthoine Hubert. One minute silent took place before the start of the Formula 3 race.

The start of the race went well for Richard Verschoor and Simo Laaksonen. Both drivers gained some positions during the first lap, but the opposite happened to Liam Lawson. He got hit by Logan Sargeant in the chicane and spun his car.

Alex Peroni got in a collision with Simo Laaksonen in Blanchimont during lap 3. Simo lost control of his car and crashed hard in the wall. The safety car had to go out, and it took five laps before they cleared his car. Simo Laaksonen got a medical check, but he was fine and could go back to the garage after the race.

Richard Verschoor and Liam Lawson both overtook and gained some free positions in the second half of the race. Richard ended the race 11th and Liam 19th.