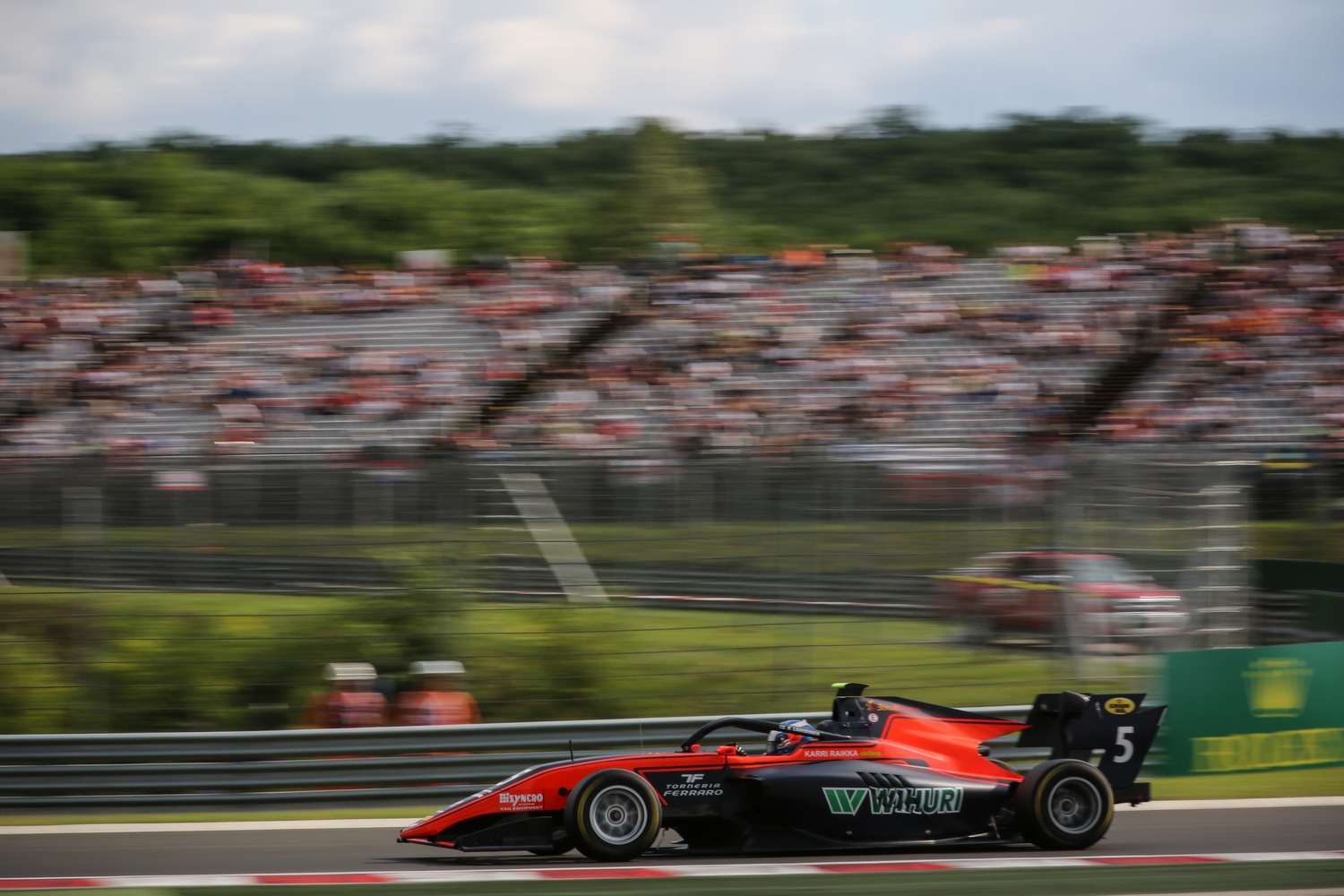 The Formula 3 started their qualifying in dry conditions. Richard Verschoor and Liam Lawson both used three sets of new tyres during the qualifying after the saved one new set from the practice session. Both drivers went out on track to set a fast lap time. Liam Lawson finished his first run as 8th fastest, and Richard Verschoor was 21st in his first run. Simo Laaksonen decided to go out later on track and completed his first run with the 8th fastest lap time of that moment.
Most drivers started to enter the pitlane for a new set of tyres, but Richard and Liam did the opposite and went straight out on new tyres to avoid the traffic. Liam Lawson was 7th fastest in his second run, and Richard Verschoor ended up being 15th at that time. The whole field went out for their second run with 9 minutes to go, followed by Richard and Liam with their third set of new tyres. The track kept improving so did some sectors of the MP drivers but overall not enough. Richard Verschoor ended the qualifying being 16th, Liam Lawson 20th and Simo Laaksonen 23rd.

No incidents happened during the first lap of the race. Richard Verschoor started his race well and overtook one car while both of his teammates had to give up one place at the start. Liam Lawson had quite some luck in lap 4 when he passed Hyman at the outside of turn 5. Hyman drove through some “Floor grid” that was placed by marshals and span while he was defending his position. Liam got a little hit but could continue without any issues. Not much happened during the race for a while except that Simo Laaksonen managed to overtake his teammate Liam Lawson in lap 12 for position 20th. Richard Verschoor was still 15th at that moment. Liam Lawson eventually took back the position of Simo Laaksonen and ended up being 17th followed by Simo Laaksonen on 18th position. Richard made good progress in the second part of the race and ended up being 13th for a moment. But things turned around for him in the second last lap. He had to go in the pitlane after he struggled with a technical issue and ended up back in the field.

The start of the race went well for Liam Lawson. He moved up two places. Simo Laaksonen, who started just behind Liam, had a much worse start and dropped back to position 22 while Richard gained places and went up to the 24th place. Ye Yifei span in Lap 4 so a free position gain for Laaksonen and Verschoor. A few laps later and Laaksonen managed to overtake for another position gain.

Felipe Drugovich got a flat tyre in lap 14 when his right rear got in contact with the front wing of Robert Shwartzman while they both were driving on the 3rd and 4th position. Felipe had to enter the pit lane, and all MP drivers profited from it. Max Fewtrell stopped on track around the same time what created in another free position gain.

Liam Lawson overtook Niko Kari in turn 1 for position 11, but he got a broken front wing for it in return. Liam passes as well Robert Shwartzman because Shwartzman got his broken wing from his incident earlier in the race with Drugovich. One corner later and Liam overtakes Defrancesco in the outside of the second last corner. It looked like that Liam’s broken front wing didn’t have much effect on the balance of his car. Richard Verschoor did a successful move on Beckman and his teammate Simo Laaksonen during the last two laps of the race. Liam Lawson finished the race with a 9th position, Richard Verschoor 17th and Simo Laaksonen 18th.