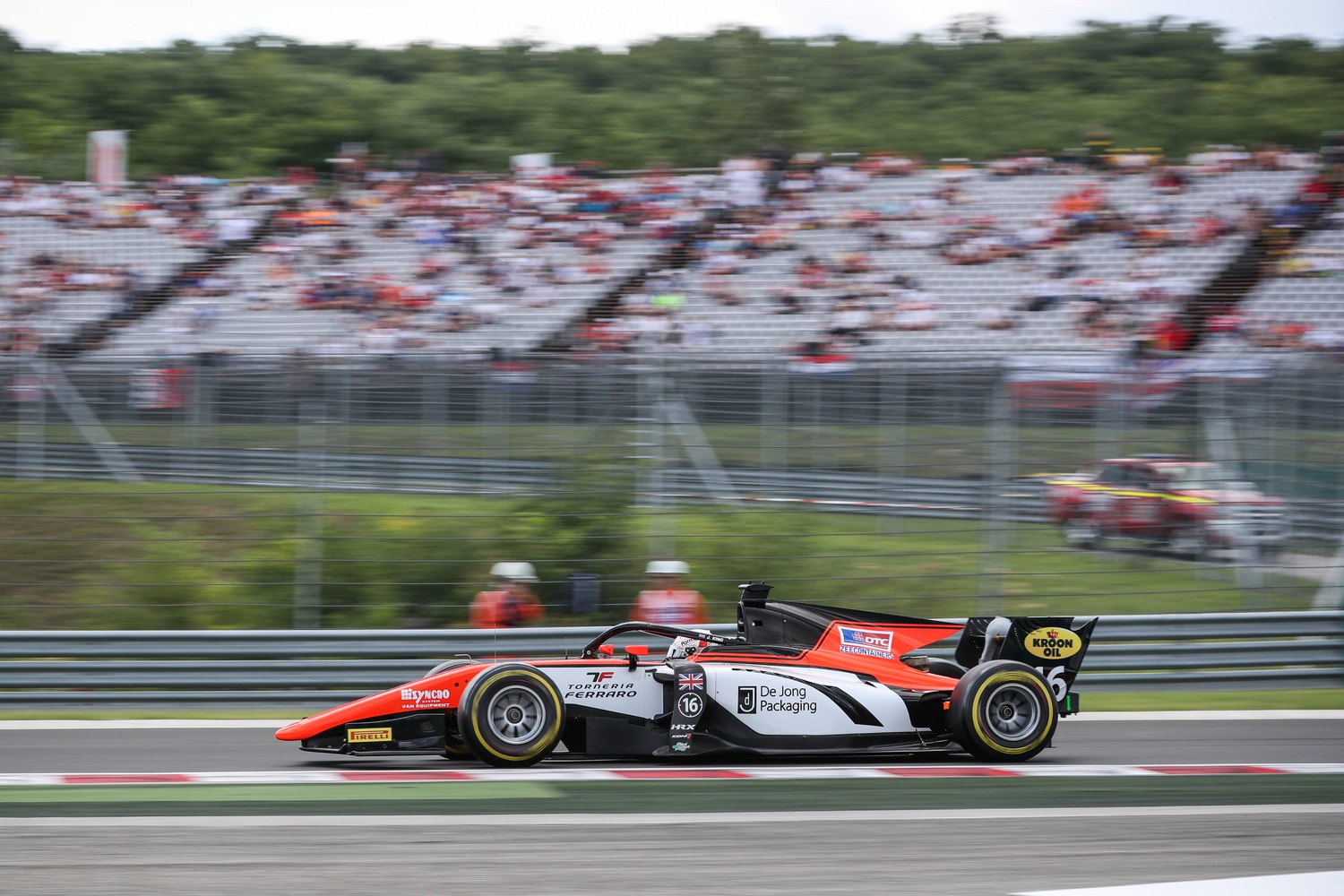 The qualifying took place in rainy conditions with full wet tyres. It started straight away with a red flag after Mazepin span in his out lap. The time got stopped with 27 minutes and 56 seconds to go, but it got cleared up very quickly.

Jordan King was 6th fastest in his first push lap with a lap time of 1:54.514 while Mahaveer Raghunathan was 19th at that moment. It kept raining slowly, but the track improved each lap, and so did the lap times. Jordan improved his time and ended up being 7th before he entered the pitlane for new rain tyres. Both drivers went out again on track with 9 minutes to go. Jordan improved some of his sectors but wasn’t able to get a lap together and ended up being 11th. Mahaveer Raghunathan finished his qualifying at the 19th position.

Jordan King had to start 10th and Mahaveer Raghunathan 16th after both drivers profited from given penalties to other drivers in qualifying. Jordan’s start of the race went well, and he was able to keep his 10th place. Mahaveer, on the other hand, had to give up places and ended up being last.

Mahaveer Raghunathan started with the softest compound and decided to do his pit stop on lap 8. Jordan King was driving on the 3rd position at the same moment after most drivers chose to do their pit stops as well.

The Virtual Safety Car switched on in lap 19 after Maini stopped in turn 4, but the track got cleared again three laps later. Jordan made his pitstop soon after that with nine laps to go. He was one of the last drivers that still had to do his pitstop. Jordan went back on track with an empty car and a fresh set of soft tyres just behind Callum Ilott. It only took one lap before Jordan overtook Iliott in the outside of turn 2 for the 8th position. He overtook Nobuharu Matsushita and Mick Schumacher in the next two laps and ended up being 6th just behind Sette Câmara and Guanyu Zhou. Jordan had the speed to pass both drivers for the 4th position, but he was forced to stop after the safety car had to go out in the last three laps. Jordan King finished the race in the end 6th with the fastest lap of the race, and Mahaveer Raghunathan ended 17th.

Sérgio Sette Câmara managed to overtake Jordan King at the start for the 3rd position. Mahaveer Raghunathan fell back to the last place. Not much happened, but Jordan King was able to stay in the DRS of Sette Câmara for a long time. It was just going to depend on who’s tyres were going to degrade the quickest in this race. The first overtakes started to happen with 11 laps to go. It looked like for a moment that some drivers were going to struggle to keep their position. But nobody was able to something at the end. Jordan King ended his race with a 4th position, and Mahaveer Raghunathan finished the race on position 19th.