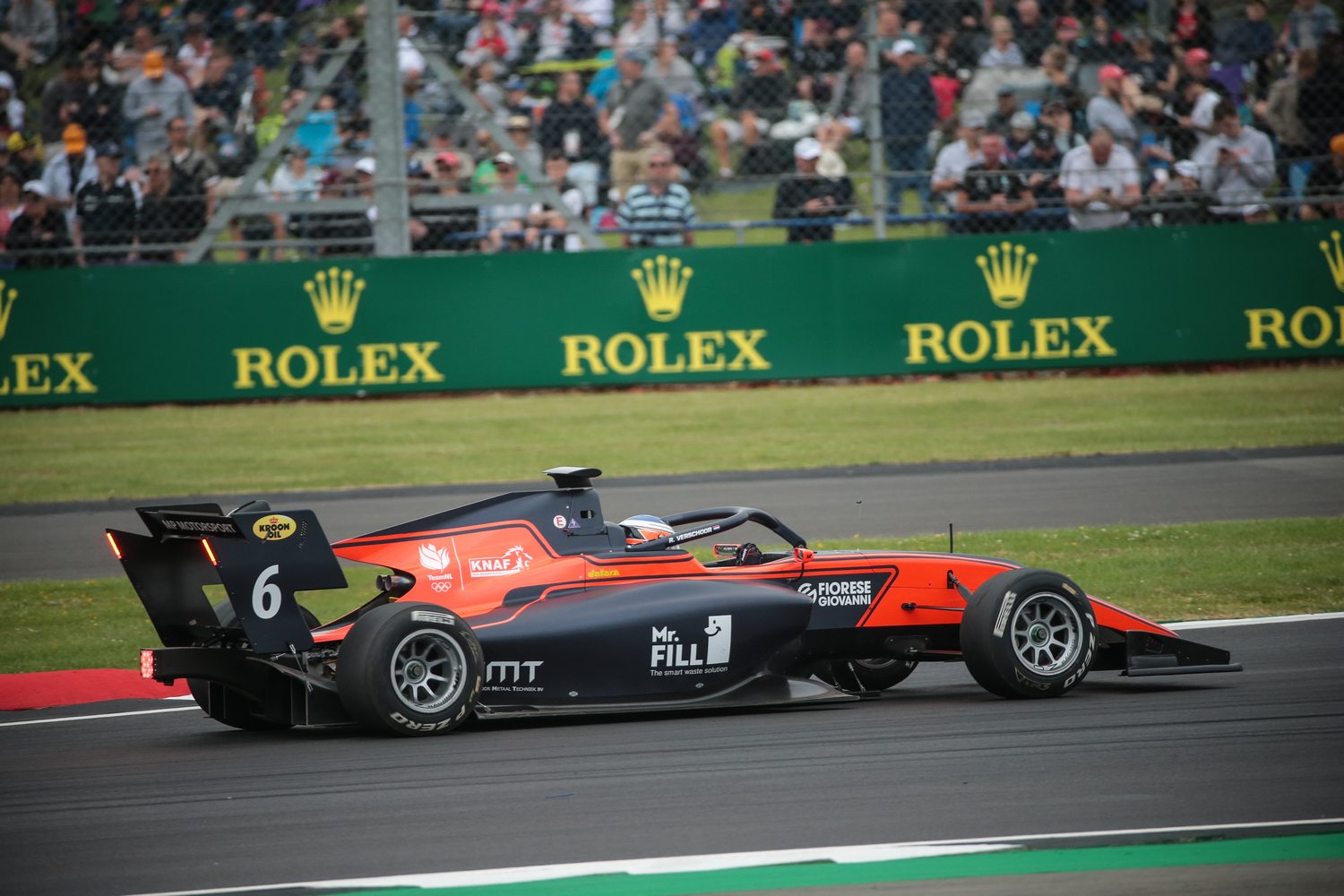 The weather stayed dry after a little bit of rain in the morning. All the cars went straight out on track when the lights went on green. Richard Verschoor was 12th fastest after his first push lap, Liam Lawson was 18th and Simo Laaksonen 24th. Liam and Simo went straight back in the pitlane for a new set of tyres after their first push lap. Richard continued with a cool down lap and went for a second push lap on his first set of tyres. This made him 15th fastest at that time. Simo and Liam both went out on track again with a new set of tyres while the rest of the field were still finishing their first run. Both drivers started their push lap while everybody went in the pitlane for new tyres. This gave Simo and Liam a clean and empty track what of course is an excellent circumstance for a good qualifying lap. Liam jumped up to the 2nd position, but Simo had to do it with a 21st position for that moment. Richard went out for his second run and Simo, and Liam went out again for the 3rd time on a set of new (race tyres). Everybody improved their first sector, including Simo, Richard and Liam, but the lap times weren’t overall good enough in the end. Liam managed to qualify 7th, Richard 18th and Simo Laaksonen ended up being 24th.

The start and the full first lap went smooth without any incidents. Liam Lawson lost one position what made him 8th, Richard Verschoor 17th and Simo Laaksonen 26th. Simo and Richard both gained positions again in the next lap, but in lap three it turned literally around for Richard. He spun in the first sector caused by a little touch of another car, which resulted in many losses in positions (P25). Richard and Simo gained back some positions after some small incidents between other drivers and the positions that they overtook by themselves. The safety car went out in lap 12 after Hyman crashed in the wall. Liam Lawson was still 8th, Richard 19th and Simo was 22nd at that moment. The safety car went back in the pit lane three laps later. Richard Verschoor managed to overtake Viscaal the laps after that and eventually crossed the finish line 17th. Simo Laaksonen dropped back to 24th, and Liam Lawson scored points with his 8th place.

Liam Lawson started the race from pole position because of a reverse grid after he finished 8th in race one. The start of his race was excellent, and he managed to create a gap of 1 sec. Richard Verschoor kept his 17th position, and Simo Laaksonen fell back to the last place after he almost stalled his car at the start. Piquet started to close the gap to Liam, but it was Pulcini that eventually took over the lead from Liam after he overtook Piquet. Verschoor lost, unfortunately, six positions in the meanwhile, and Laaksonen gained two places. Liam was still second in lap 14, but he had to defend a lot to keep the drivers behind him. All drivers profited from DRS while Liam had to do it without DRS for most of the time after Pulcini made a more significant gap. Shwartzman on 3rd managed to overtake Liam in turn 7 (Stowe) during lap 15 and Piquet got straight after that very close behind Liam to make a move for 3rd place. It looked like that Liam was going to lose his 3rd place in the second last lap, but Liam managed to defend his position very well in the chicane. Liam Eventually crossed the finish line 3rd, Richard Verschoor ended 21st and Laaksonen 24th