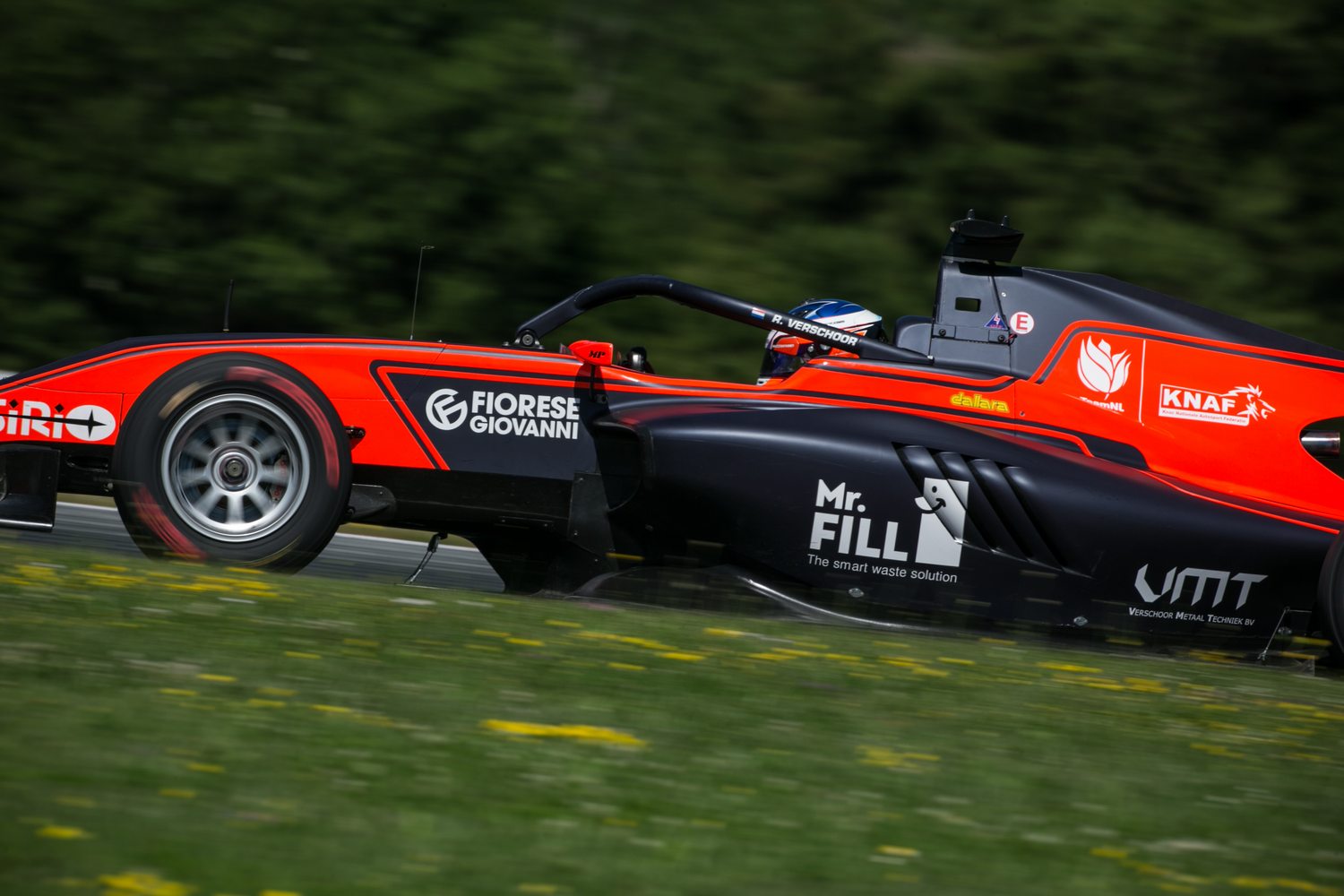 The softest compound that Formula 3 got this weekend was the soft tyres with the red colour. Liam Lawson was 16th fastest when he completed his first push lap, Richard Verschoor 21st and Simo Laaksonen was 20th fastest. After their cooldown lap to let the tyres recover and to avoid traffic they went again back up to speed for improving their lap time. Simo Laaksonen did much better this time he was 7th fastest, Verschoor 13th and Lawson 15th. The quickest lap time during the first run was for Armstrong with a time of 1:19.866.

The second run on a new set of tyres got disturbed by a red flag caused by Logan Sargeant after he got launched off a kerb straight into the wall. The clock got stopped with 4 minutes and 13 seconds left. This meant that there was only time for an out lap and one last push lap. Richard Verschoor qualified 14th in that lap, Liam Lawson 17th and Simo Laaksonen 19th. The top 25 cars qualified all in one second! Two ART drivers got disqualified at the end, and this made all MP Motorsport drivers move up two places on the start grid.

Ricard Verschoor started 12th, Liam Lawson 15th and Simo Laaksonen 17th after they gained two positions because of the disqualifying of ART.
The start of the race went well and without any incidents. Richard improved one position, Liam went three places forward, and Laaksonen was the only one with a loss of three places. Liam Lawson overtook Richard during the third lap for the 11th position, but he fell back to the 14th position two laps later. Laaksonen was recovering from the first lap and gained back three positions. Some minor changes happened during the rest of the race. Verschoor managed to overtake Niko Kari for position ten but had to give it back for some laps before he took it back again. Richard eventually finished the race 10th, Liam Lawson 14th and 18th for Simo Laaksonen.

An excellent start for Richard Verschoor while he moved up four places during the first lap. Liam Lawson moved up to position 12 while Simo Laaksonen had to give up one position. Liam moved up another two places during lap three what made him 10th. The progress of Verschoor turned around at lap 8. He got overtaken by two drivers and one lap later by Vips as well. The virtual safety car went on in lap 11 and got switched off in lap 12 at that time Verschoor was 9th, Liam Lawson 10th and Simo Laaksonen 20th.

Lawson tried to overtake Verschoor on the outside of the second last corner during lap 14, but that didn’t work out. He dropped down to position 12. Lawson then got pushed off the track in the exit of turn three by Niko Kari. This resulted in a broken front wing for Liam Lawson what he had to repair in the pit. Richard Verschoor ended the race 9th but he got a penalty what made him 12th in the end. Simo Laaksonen finished 18th and Liam Lawson 25th.