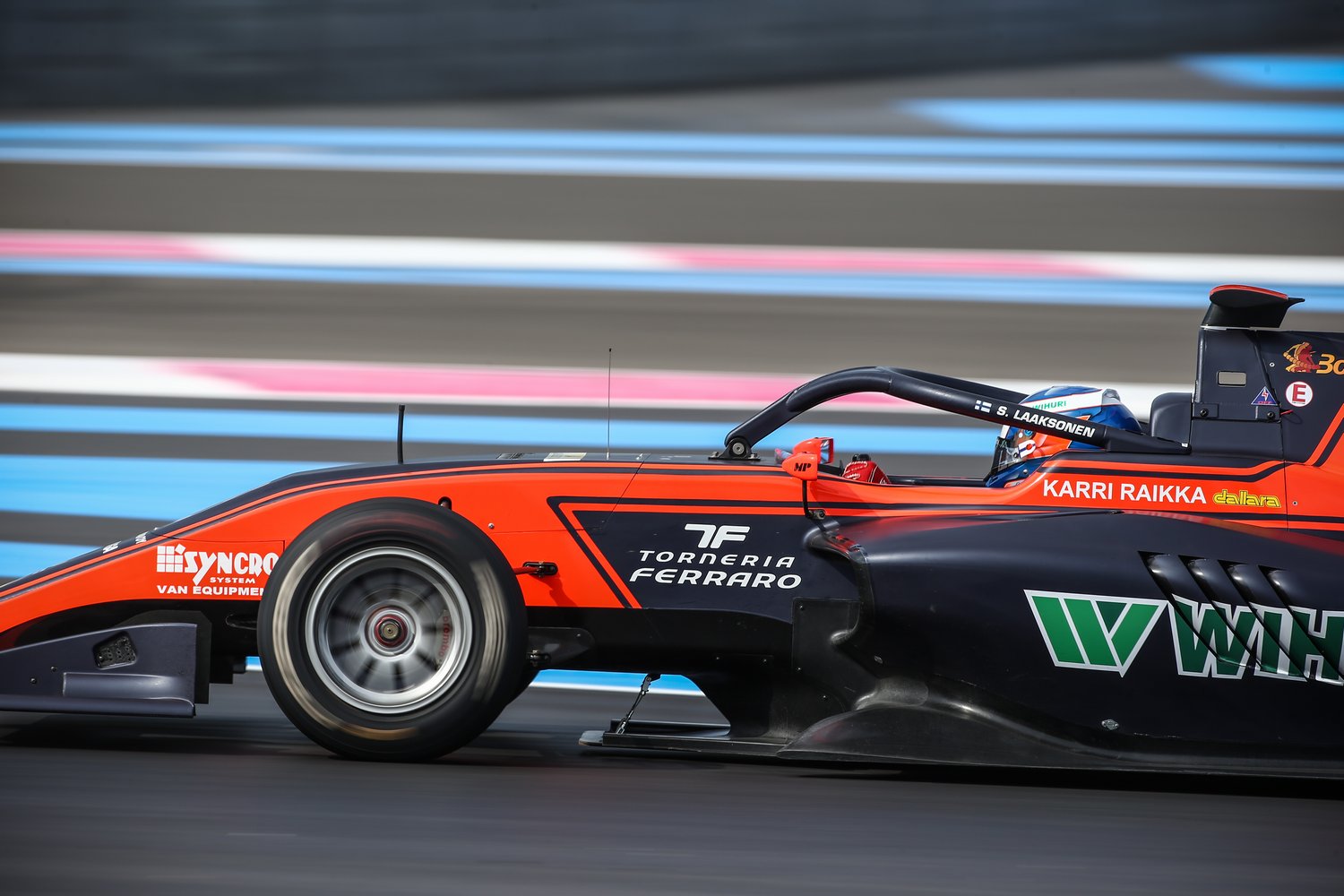 Formula 2 already had some race weekends completed. For Formula 3 this was only the second race weekend of the season. It was a warm and challenging start of the weekend, but it ended positively for some of the drivers.

For each driver, there were two sets of new tyres and two opportunities to make a fast lap time. Richard Verschoor was 15th after the first run, Simo Laaksonen 23rd and Liam Lawson finished his first run 24th. All driver went in the pitlane for a new set of tyres. The second run is the most important one because the track keeps improving and so the lap times as well. However, Richard Verschoor was only able to finish the qualifying 13th, Liam Lawson 15th and Simo Laaksonen 20th.

The race started quite messy through the first couple of corners. Many drivers went wide and off the track. Simo Laaksonen and Liam Lawson profited from that while they were overtaking. Richard Verschoor had a much more difficult first lap. He started 13th but dropped back to 21st position. Simo Laaksonen moved up to the 14th (+6 gain) place during the second lap while Verschoor recovered two positions. The race wasn’t boring at all, because the positions kept changing each lap. All our drivers gained positions but lost a few during the competition as well. It was in lap 13 when things turned around for the MP Motorsport drivers. All three drivers started to place their personal best race laps. Liam Lawson was 13th, Richard Verschoor 15th and Simo Laaksonen was 18th at that moment. Simo Laaksonen was almost the fastest of the race by 0,15 seconds in Lap 15. There happened so much during the last part of the race, but it was Simo that got back to P11 till the final lap. He tried to make his latest move on the outside on Sergeant into the chicane only it didn’t work out for him and got in a collision. He never finished the race in the end. Liam Lawson crossed the finish line 9th and Richard Verschoor eventually 14th.

Simo Laaksonen had to start from the 24th position after a five-place grid penalty that he got in race one. Liam Lawson started from the 9th position, and Richard Verschoor began 14th. The start of the race went without any incidents, and Liam moved up three places what made him 6th. Richard improved one place while Simo had to give up positions and ended up being 27th. Liam Lawson got in a battle, but it didn’t end well for him. He got forced off the track and had to give up four positions. All three drivers gained positions during the next laps, but it was at lap 10 when things started to get very interesting. Richard Verschoor closed the gap to his teammate Liam Lawson and made a successful move on Liam for the 8th position during lap 13. Richard overtook each lap after that till he reached the 4th position because from there the gap was 8,2 second to the 3rd position. Liam Lawson managed to follow Richard and ended up being 5th but got a 5-second penalty what made him 6th in the end. Simo Laaksonen didn’t finish the race after a technical issue during the last laps.