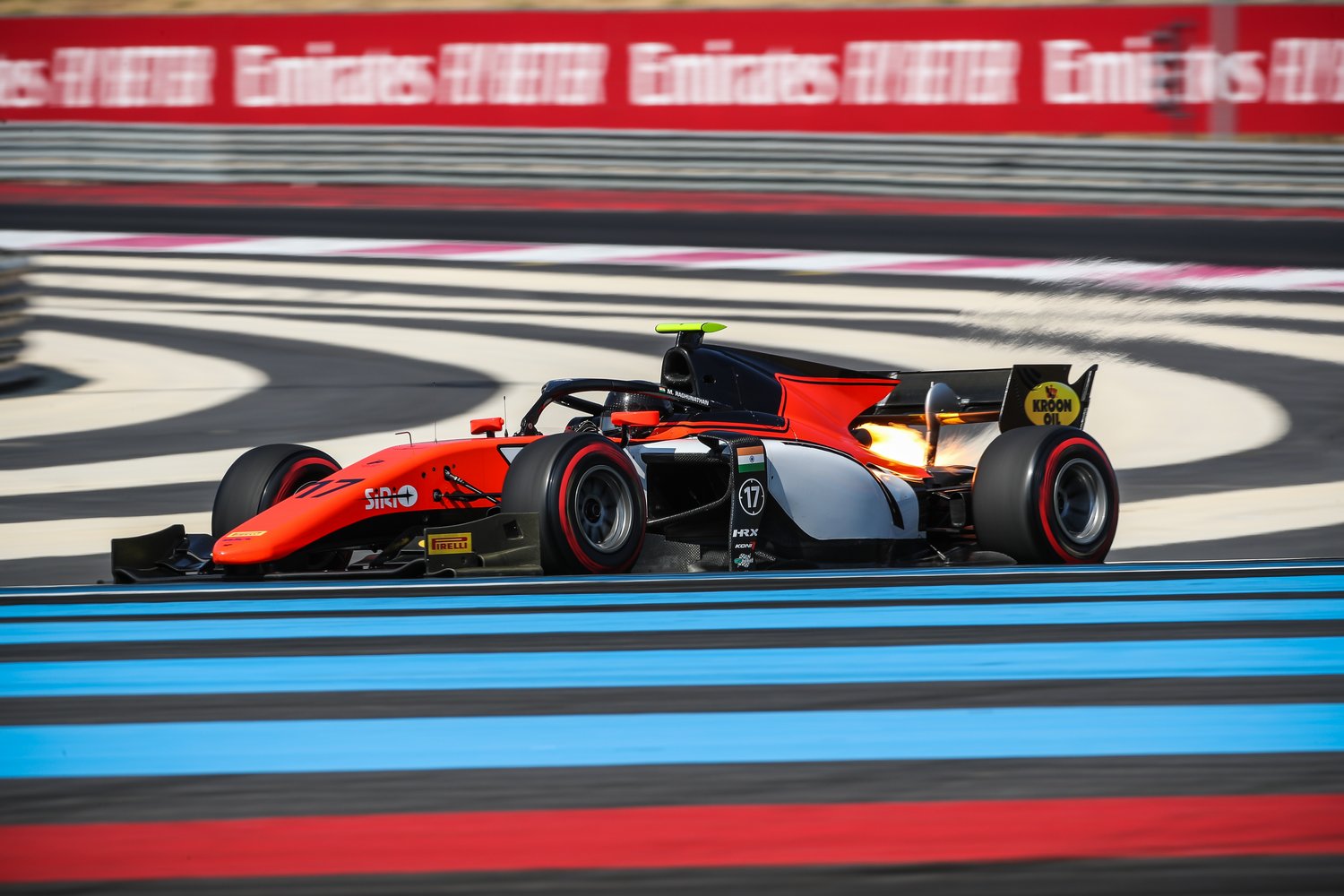 Qualifying started straight away with a red flag. Alesi got in a collision with Deletraz in the out lap at the start of the qualifying. Jordan King was 12th fastest after his first flying lap with a time of 1:45.664. Mahaveer Raghunathan was 16th at that moment. Jordan’s second push lap was faster but not enough to keep his 12th position. Mahaveer and Jordan went both into the pitlane to collect a new set of tyres after their time and grip ran out during the first run. All drivers were improving on their new set of tyres sector by sector, but the red flag went out another time during the push lap of Jordan and Mahaveer. The clock got stopped with 3 minutes to go. This meant that there was only time enough to do one fast lap time on half used tyres. Jordan eventually finished the qualifying 16th and Mahaveer 18th.

Mahaveer experienced the nightmare of every driver. He stalled his car at the start and had to get pushed back into the pitlane to restart from there.
Jordan King, on the other hand, had a good start. He moved up three positions and ended up being 13th after lap one. The virtual safety car switched on in lap 3, and the session got red flagged soon after that. The incidents between Schumacher, Gelael, Boschung and Boccolacci caused the red flag. Jordan moved up to P12 because of the incidents and Mahaveer 15th. The race restarted at 17:13 behind the safety car. Jordan overtook Hubert at the restart for the 11th position. The first teams started to do their pitstops at lap 6. Six out of fifteen people in the race had still to do their pitstop including Mahaveer and Jordan at that moment.

Illot and Matsushita went side-by-side and got too close, they collided, and Ilott went spinning during lap 15. The virtual safety car went on, but the track got clear very soon after that. Jordan went in for his pitstop and rejoined the track 7th. Mahaveer did his pitstop straight after Jordan and came back on track 13th. Another virtual safety car at the end of the race happened because of a collision between Ghiotto and Correa. The track got cleared quickly, and Jordan King finally finished his race 6th while Mahaveer Raghunathan ended up 12th.

Jordan King started the race 3rd because of a reverse grid position. Mahaveer Raghunathan began the race from the 12th position. The start of Jordan went well he moved up to the 2nd position for a short moment till the first corner where he went wide. Jordan dropped back to the 7th position while Mahaveer fell back to the last position. Jordan struggled to keep up with the pace during the rest of the race. Despite that, some of his laps looked good he still had to deal with some more losses what finally made him 11th. Mahaveer Raghunathan ended the sprint race being 18th.