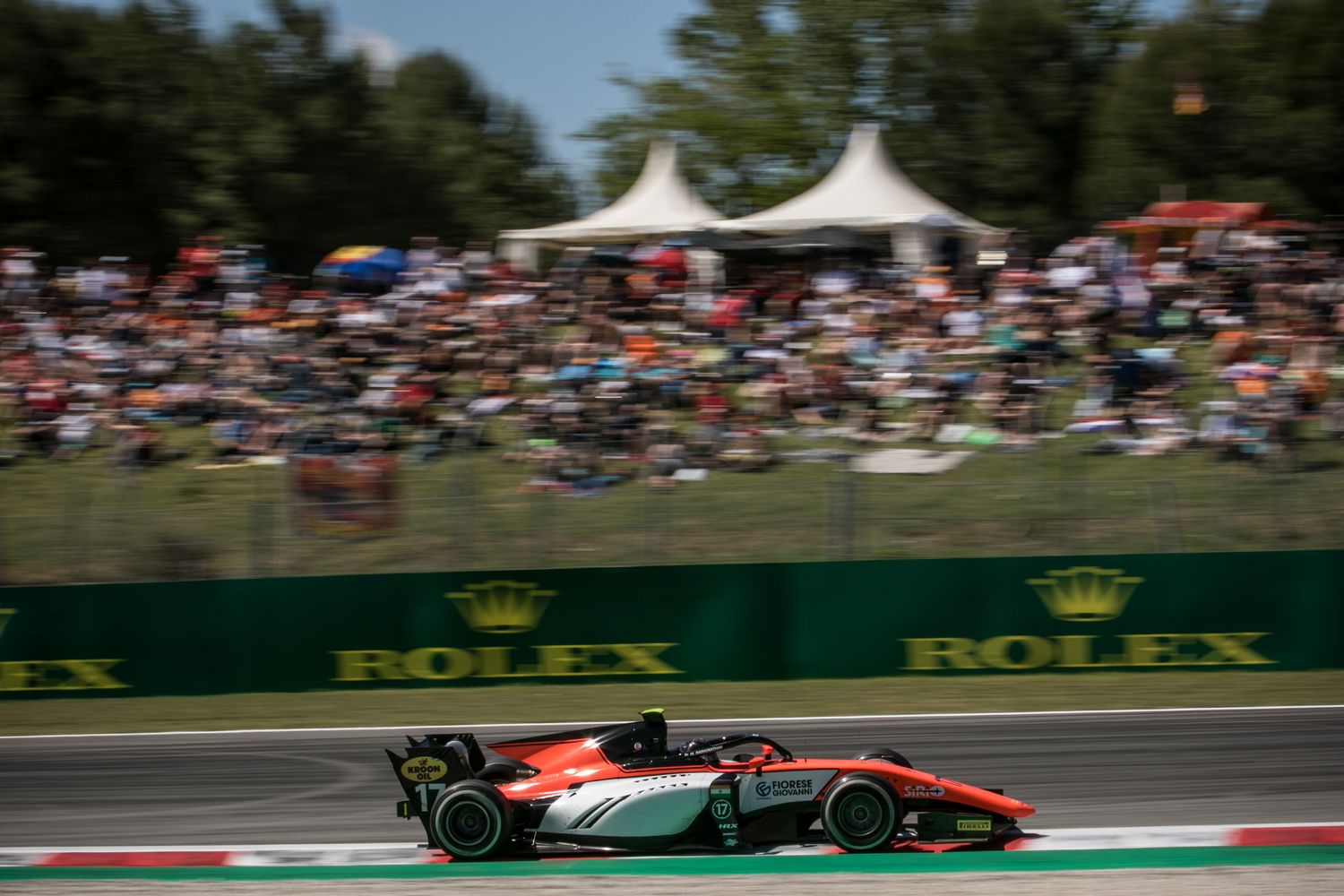 The cars flew from Azerbaijan back to Europe where they got quickly prepared for the next race in Barcelona. The Spanish GP was the 3rd race weekend for the Formula 2.

All kinds of small incidents happened during the first lap of the race followed by a safety car. Jordan moved up to the 13th position and Mahaveer to the 15th position. The pit window went open, and many drivers were doing their pitstop going from the soft compound to the hard compound. Jordan and Mahaveer both drove for a long time in the top 10 with Jordan even in the top 3. They were one of the few that still had to do their pitstop. Mahaveer Raghunathan was the first one that did the pitstop and went back on track at position 16. Jordan King managed to overtake Ralph Boschung just before he was planning to his pitstop. He rejoins the track after a solid pitstop at the 11th position with a fresh set of softs and an almost empty car. He finally overtakes in the last few laps four drivers what made him 7th in the end and sets the fastest race lap for two extra points. Mahaveer finally finished the race 16th.
Race 2

Not a great start for Jordan he lost two places and fell back to the 4th position. Mahaveer finished the first lap as 18th. The Safety car went out after car number 2 Matsushita got fire during the first lap. Safety car ended in lap 4 and Jordan kept is 4th position. DRS got enabled in lap 7, but Jordan was just out of the 1-sec zone to attack for 3rd. Zhou in the other hand had DRS and managed to overtake Jordan on the main straight in lap nine followed by Ghiotto in the lap after that. King gets under pressure by Aitken but managed to block his overtaking move in turn 1 in lap 15. Latifi managed to overtake Aitken because of this, but Jordan couldn’t block Latifi in the lap after that and dropped back to the 7th place. Aitken stayed lap after lap very close behind Jordan, but he wasn’t able to overtake Jordan with DRS while Jordan didn’t have DRS anymore. Mahaveer crossed the finish line on the19th position