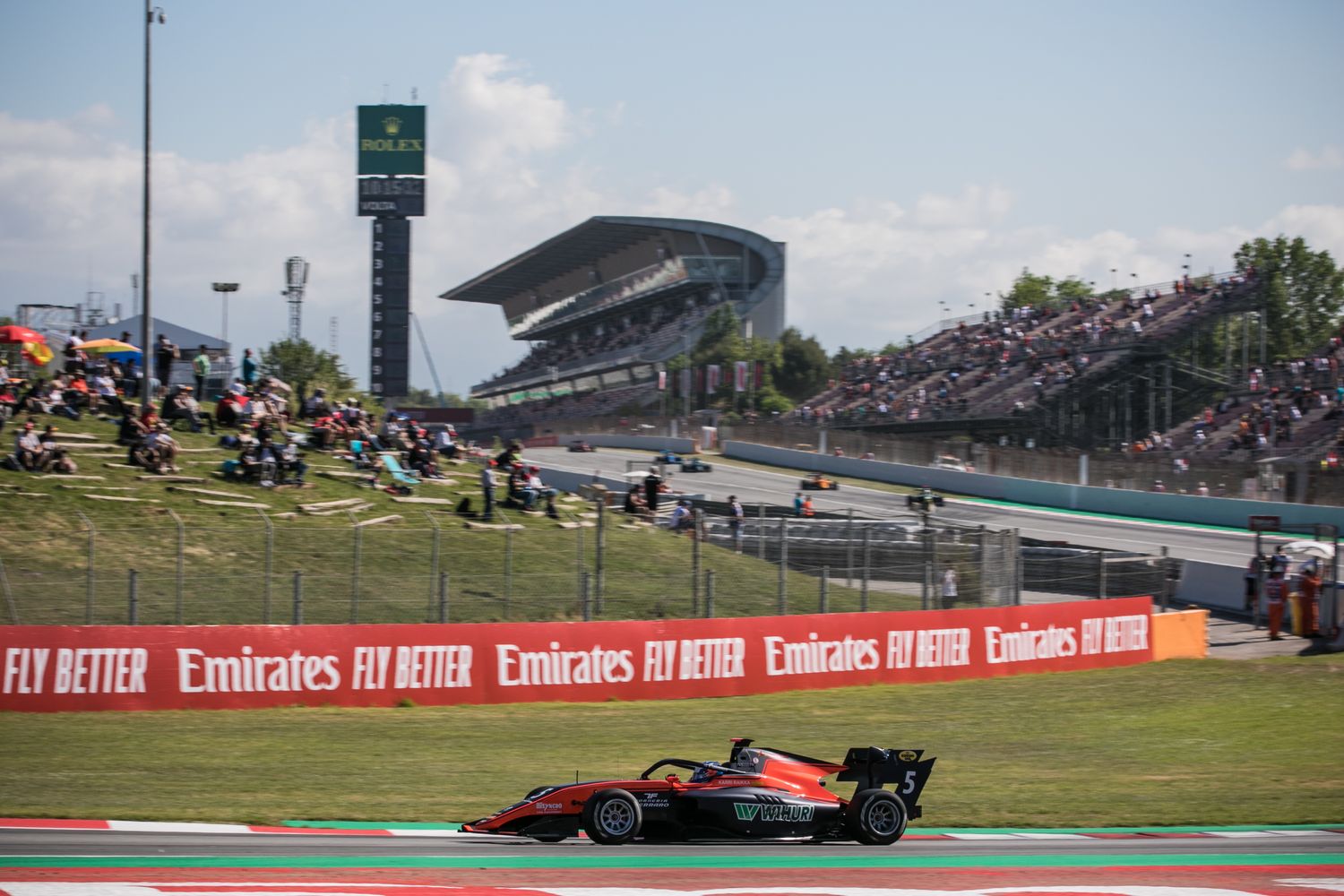 The first FIA Formula 3 race took place this weekend in Barcelona. An exciting one with 30 cars at the start. A number of cars that you won’t see very often, but it made FIA Formula 3 one of the hardest formula series in 2019.

The start of the race was at 10:15, but not for Liam Lawson. He went into the pitlane just before the start of the race. An uncontrollable technical issue was the problem. The mechanical crew of the organisation had to come over to fix Liam’s car because it was an area of the car where the Formula 3 teams are not allowed to come. Simo Laaksonen starting from 6th had a reasonable start but had to give up one position in the first lap while Verschoor kept his 15th position. The first few laps of Simo weren’t easy he dropped back some more places then gained a position, but eventually fell back to the 8th position. Verschoor moved up to the 13th position during the same laps. Niko Kari got closer to Simo Laaksonen and finally managed to overtake Laaksonen for the 8th position on lap 14. It was an important position because the 8th position will give you the pole position start for race 2. The VSC went on soon after this, and that gave problems for Richard Verschoor. Richard went too fast during VSC which resulted in a 5 second time penalty. Not much happened during the laps after the VSC. Simo Laaksonen crossed the finish line eventually 9th, and Richard Verschoor finished 19th.

Four cars went off in turn two, and the safety car had to go out for it. All of the MP Motorsport drivers stayed out of trouble, but Laaksonen had to deal with a loss. He dropped back to the 13th position, Richard Verschoor starting from 19th position moved up to the 17th place, and Liam Lawson moved up from 29nd to position 23. The safety went in with 16 laps to go. Lawson used this opportunity and overtook a car for the 22nd position. Simo Laaksonen got involved in a crash in the exit of turn 2, but couldn’t do much about it. Two drivers in front of him were in battle, and Alex Peroni (one of them) came unsafe back on track after he went wide in turn 1. Simo couldn’t avoid Peroni and got in contact with him what finally caused a second safety car. Verschoor was 15th at that moment and Liam 21st. The track went green again with ten laps to go. Liam moved up to the 20th position soon after the restart, and two laps later he managed to overtake Defrancesco for the 19th place. Verschoor crossed the finish line 15th but had to deal with a 5-second penalty what brought him back to position 19. Liam profited from some penalties and eventually finished 17th.