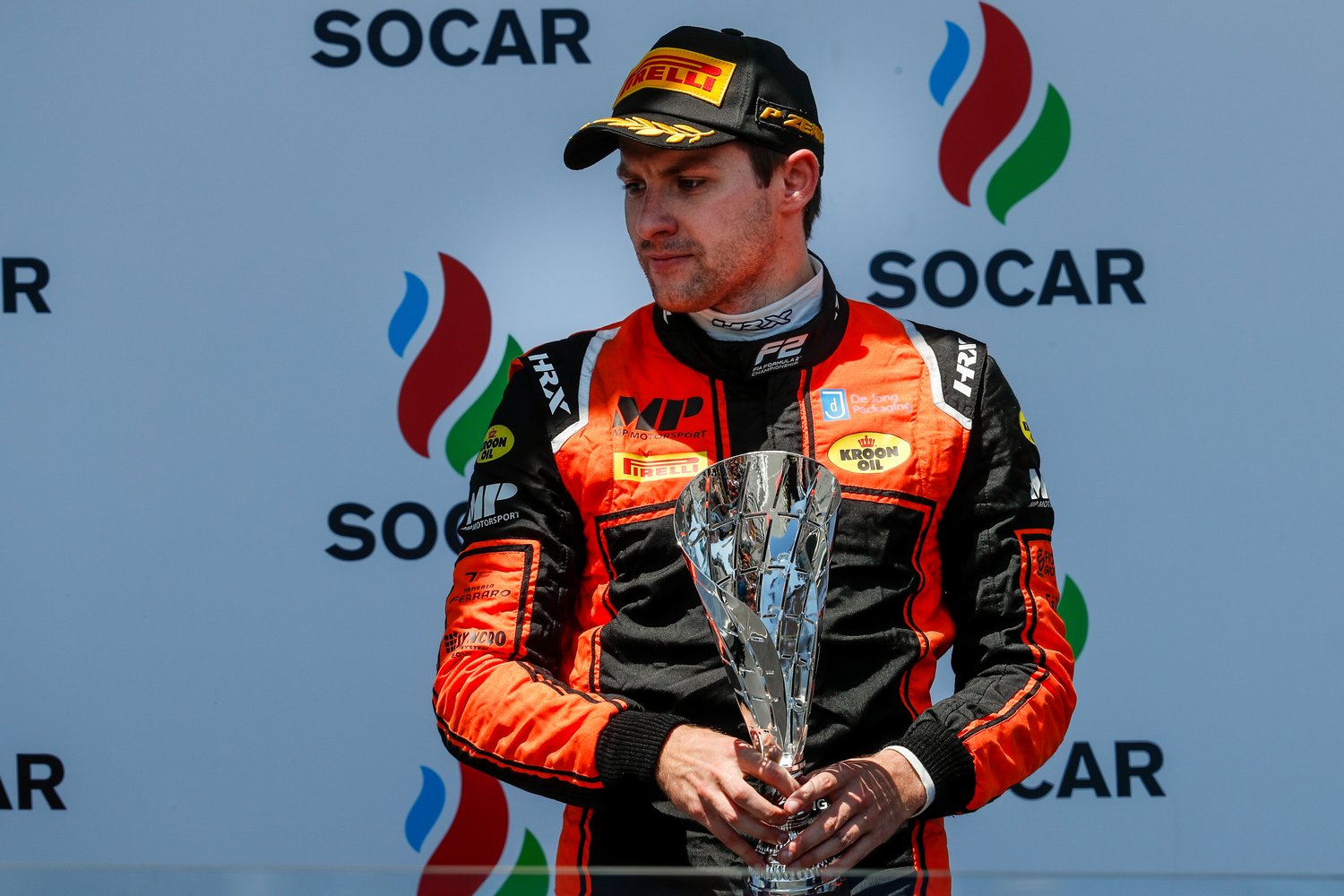 The second race of the season took place in the city Baku (Azerbaijan). The races were full of action and chaos with an excellent result for Jordan King during race one.

All drivers left the pitlane to warm up their tyres. Gelael stopped on track during the warm-up procedure and caused a red flag in the first 5 minutes.
Jordan King was driving alone after the restart of the qualifying and took this opportunity to set his time. His time was only good enough for P14, but he was the only one that skipped his warm-up lap to use his advantage of the track position. Mahaveer Raghunathan was 19th fastest after his first run.

Everybody went out on track again with a fresh set of new tyres. There was only enough time for one push lap. Jordan King managed to take over the 5th position in that lap. Mahaveer Raghunathan qualified 19th.

Mahaveer Raghunathan had to start from the pitlane. He got a penalty for missing the weight bridge during the practice session. Jordan started from 5th place and with super soft tyres (purple colour) as the most driver did.
Jordan King had a bad start and lost many positions while he reached turn one he got hit as well on his left rear tyre and got pushed off the track. He recovered from it and got back on track on position 14th followed close by his teammate Mahaveer on 16th while the safety car went on track.

Jordan King went on battle mode after the restart. He moved up to the 11th position in lap 5 and went to the 9th position in lap 6. Mahaveer Raghunathan dropped back in the meanwhile to P18. A big group of drivers did their pitstop during lap 7. Jordan King did his pitstop the lap after that and kept his 9th position. He continued with making progress by overtaking Hubert in lap 14 and overtook Dorian Boccolacci the lap after that for P7.

Zhou crashed in Turn 1 and caused another safety car in lap 18. King moved up because of that to P6. Ghiotto hit Sette Câmara just before the restart on the main straight, so Jordan gained another two positions for free by just keeping his head cool. Another safety car went out with Jordan on the 4th position. Jordan wasn’t finished yet and overtook Latifi from the outside for the 3rd position. Mahaveer stayed out of problems as well and crossed the finish line 11th.

An excellent result for Jordan King by starting 5th falling back to 14th, but then still fighting back to the podium. The King of the day!

Jordan King started from the 5th position. The top 8 cars in race 1 get a reverse grid position for race 2. Mahaveer Raghunathan finished 11th in race 1 and will start 11th in the sprint race.

Jordan King had a quite clean start but had to give up one place while Mahaveer lost two positions at the start. An incident happened in turn two just after the start with three drivers involved in it, and the safety car had to go out to reduce the speed of the race while the track got cleaned.

Nick de Vries did a successful overtake on Jordan in the lap after the restart of the race. Jordan dropped back to the 7th position, and Mahaveer dropped back to P17. Ghiotto got in the slipstream of Jordan King on the main straight and overtook Jordan for P7 in Lap 6. Boccolacci made a little mistake in turn one during lap 8. Jordan King used this advantage and passed him for the 7th position.

Alesi went off in the wall after an overtake that he tried to do on Zhou and the safety car had to go out another time. The race restarted on lap 12 and just before Jordan King started to go forward again another crash happened. Luca Ghiotto over braked himself in turn 2 and went into the wall and blocked the way for Jordan. Jordan got stuck beside the car of Ghiotto and had to stop his race. Mahaveer Raghunathan stayed again out of the problems and finished the race 13th.