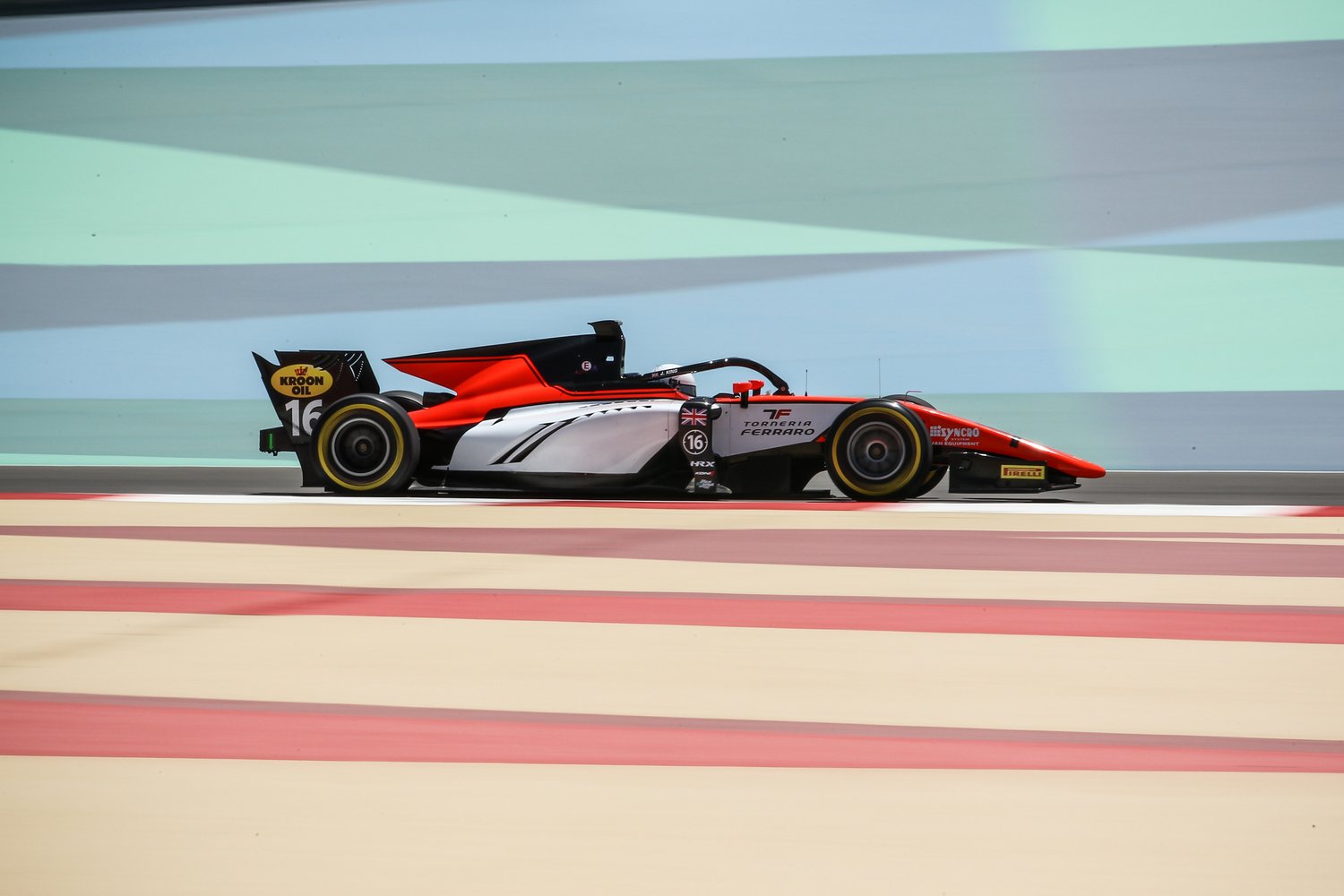 The first race weekend of the Formula 2 season ended today at the Bahrain circuit. Not an easy weekend at all, because it was all about tyre management.

The qualifying started at 14:50 (CET) with the supersoft as the main tyre during this session. Jordan King was 15th with a lap time of 1:42.621 on his first set of tyres. Mahaveer Raghunathan set the 19th best time in his first run. Yellow flags were most of the time out during this run after Callum Ilott crashed. King managed to improve with almost one second, but it wasn’t enough to improve much in position.

Jordan King started on soft tyres and had a quite good start with some improvements in positions. Mahaveer stayed out of problems during his first ever start in the Formula 2 Championship. Jordan King made his stop in lap 14 and changed to supersoft and continued with his progress through the field. He took over P8 in lap 20 but started to slow down during the laps after that. The too high tyre degradation seemed to be the problem. Mahaveer was 19th at the moment.

Jordan King had a good start again and moved up two places to the 15th position. Mahaveer had a driver’s worst nightmare instead. He stalled his car at the start of the race. Jordan moved up to the 11th position in his thirth lap.Everybody knew that the tyres were going to struggle again and some of the drivers gambled on making a pitstop in this sprint race. Jordan King was one of them and decided to make a pitstop in lap 12. He dropped back to the 17th position and had a 39-sec gap to the leader of the race.Jordan managed to get back to the 10th position with four laps to go. More and more drivers started to struggle with their tyres. The drivers who gambled on a pitstop were going 4 sec faster than the drivers without a pitstop. This helped Jordan King to finally finish the race with one point in his pocket.