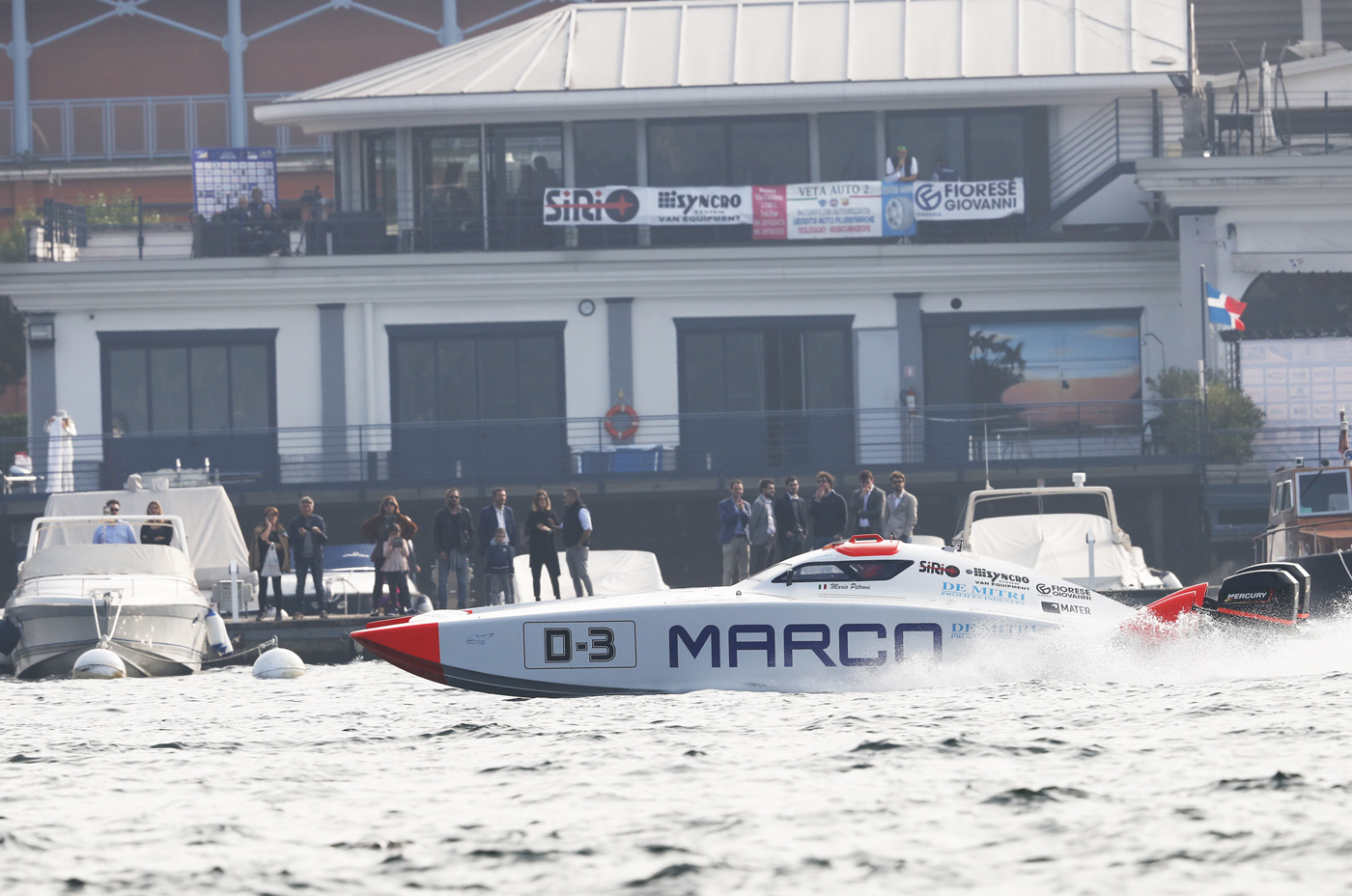 The winning crew won the work of the painter Beata Kozak

The 2018 edition of the Italian Offshore Championship ended at the beautiful location of Como Lake on the occasion of the 69th edition of the “100 miles of the Lario-Villa D’Este Trophy”. The Italian Champions of the season were: category 5000 Team Gasbeton with crew Lorenzo Bacchi, Giovanni Carpitella and Andrea Bacchi; category Sports Produttori di Manduria with crew Longo Rosario and Mauro Cucurnia; categoría Boat Tascia with crew Christian Cesati and Matteo Berardi.

The Team Produttori di Manduria collected the most points among all the categories and won the beautiful work of the artist Beata Kozak from the collection “Il mio bluismo”. During the whole weekend the artist exhibited several paintings from his collection at the Yacht Club of Como, the race headquarters.

Partners Draco Markerting SIRIO, Syncro System and Torneria Fiorese Giovanni supported the Championship in all the stages and exhibited their logos with the crew “MARCO” of Roberto Lo Piano and Mario Petroni who concluded the Como race at the second place, finishing third in the official final standings.