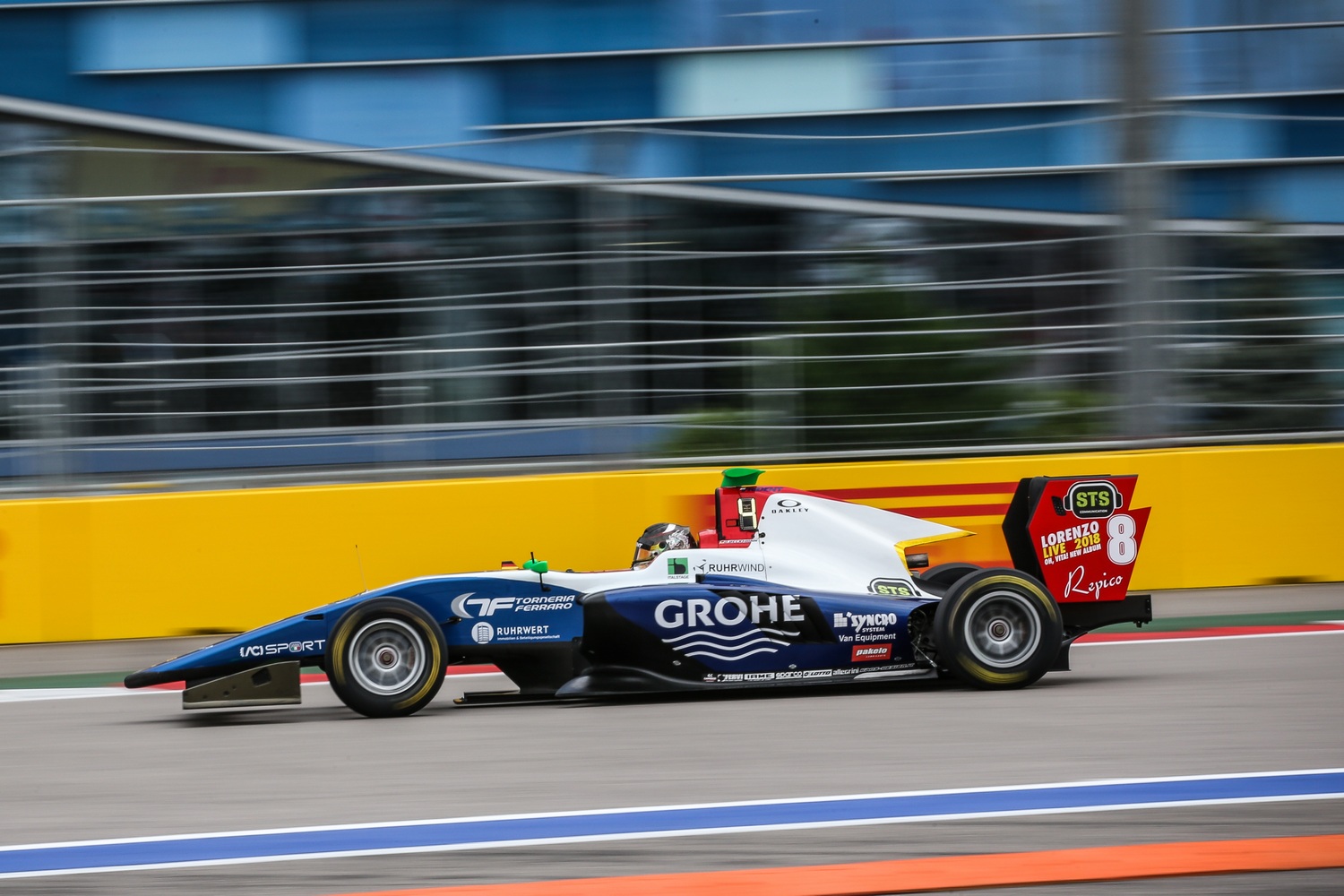 Good weekend for the Trident team involved in the Sochi circuit in the GP3 and Formula 2 championships. In race 1 of GP3, David Beckmann has recovered many positions obtaining the 5th place and in race 2 he won the victory after a spectacular race . Fourth on the starting grid the German driver soon became second and began to approach Mawson, until then in command. On the last lap there was a virtual safety car and at the green flag Beckmann did not lose the opportunity to attack the driver ahead of him and he wins the first step of the podium. At the moment Beckmann is 5th in the league standings, just ahead of teammate Piquet in 6th place in the overall standings, who in Sochi got the 15th and 11th place.

In Formula 2 Alessio Lorandi got a good 7th place in race 1. He has started with the supersoft, he stopped at the 6th passage to assemble the soft, then he set a very positive race. Lorandi kept the pace of the best drivers and when those who preceded him started to stop for the pit-stop he entered the top 10. In the final Lorandi made some good overtaking and he conquered the 7th position that brought him the first points. This was his seventh F2 race for Lorandi, having made his debut in Budapest at the end of July. In race 2, however, the Italian missed the start and a crashed into another driver, then having to abandon the race and receiving a penalty. Maini got the 15th place in both races.