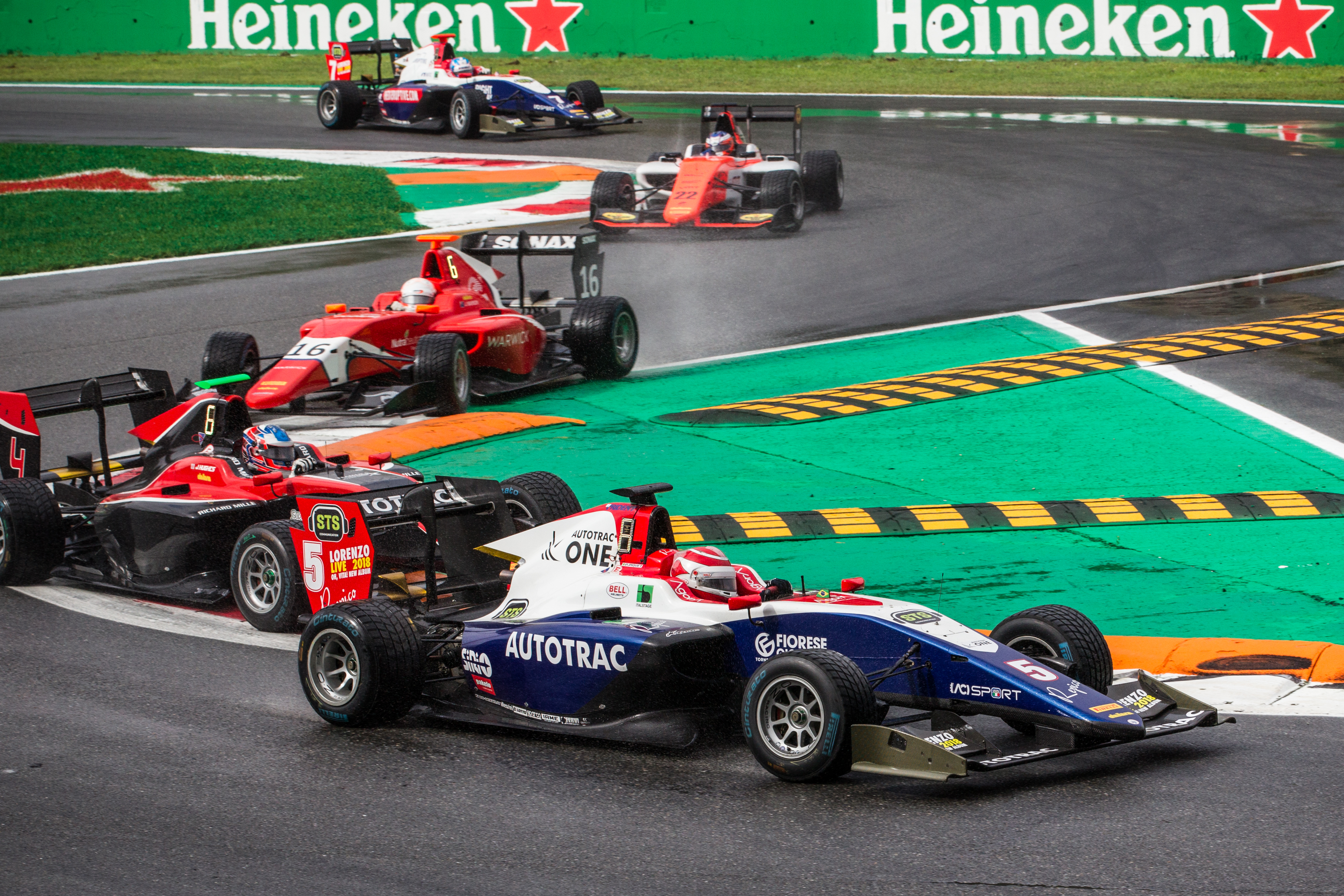 A weekend of great victories for the Trident team in the Monza circuit, where there was also the General Manager of Draco Marketing with some sponsors.

On track, with Formula 1, the Formula 2 cars, where Arjun Maini from Trident, with the Torneria Ferraro logo, got the 9th place in race 2, and Alessio Lorandi, with Torneria Giovanni Fiorese logo, concluded at the 16th and 12th place. Draco Marketing partners were also present on MP Motorsport cars with Boccolacci, 7th in race 2, and Boschung 9th in race 1.

Trident domain in GP3 in both podiums. In Race 1, David Beckmann, after obtaining the pole position, dominated the entire competition, passing from the initial wet conditions to the decidedly drier ones of the final, and he is mounted on the highest step of the podium, crossing the finish line first with his car bearing the Torneria Ferraro and Syncro System logos. In Race 2 the winner was Pedro Piquet, Trident driver with Torneria Giovanni Fiorese and SIRIO logos on his car. Piquet started from the second position and for the whole race he made a great duel with his team-mate Alesi, then he cut the finish line first. Next meeting in Russia the last weekend of September.