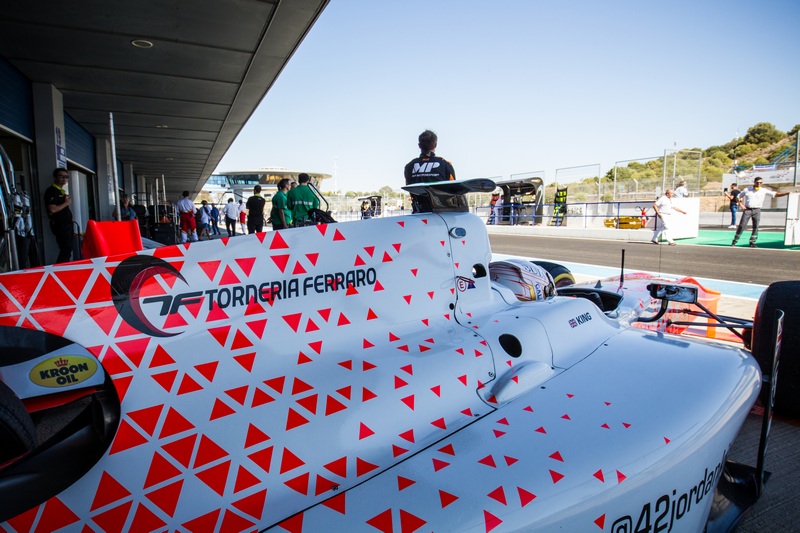 The Formula 2 championship is approaching the end with the penultimate race weekend at Jerez circuit. The MP Motorsport team, Draco Marketing partner, started the free practice with Sergio Camara in 4th place, while in qualifying the driver reached third position starting in the 2nd row.

Jordan King started a bit more defective in the 7th row in the starting grid, but in race 1 the English driver made a great recovery by cutting the finish line to 6th place. Camara also in the points area with the 10th position. In Race 2 Camara got 14th place while King had to retire at 4th lap for engine breakdown.

Currently at 11th and 12th place in the absolute rank of the Formula 2, championship that follows the Formula 1 all over the world, King and Camara are preparing to face the Formula 2 2017 final leg in the Yas Marina circuit on November 25-26.