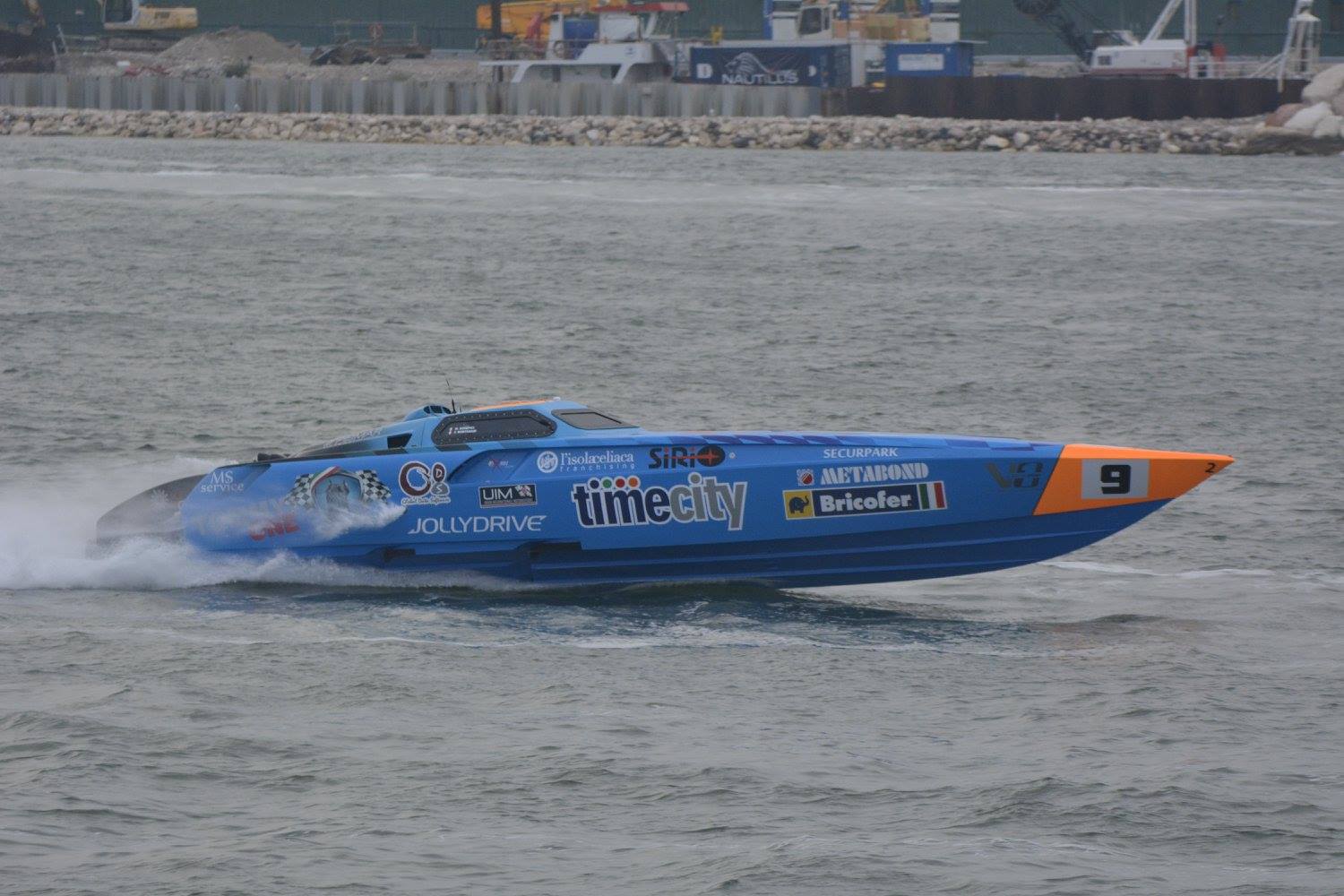 Great success for the Grand Prix of Italy, which hosted for a week three world championships of motonautics organized by Giampaolo Montavoci, president of the Motonautica Venice Association, who saw the most important classes Class 1, V1 and Offshore 3D. The numerous audience that has followed all the races has demonstrated the great vitality of world-class motonautics.

In Class V1 has graduated world champion Aaron Ciantar from Malta with Dominique Martini on Chaudron. Second place and vice champions of the world are italians Maurizio Schepici and Federico Montanari on Tommy One. And just about Tommy One has highlighted Sirio’s logo, leader enterprise in electrical and electronic components and problem solving, for many years Draco Marketing partner.

News and photos of the boat were published in all major national and international sports media, including Corriere dello Sport, Tutto Sport and ANSA.