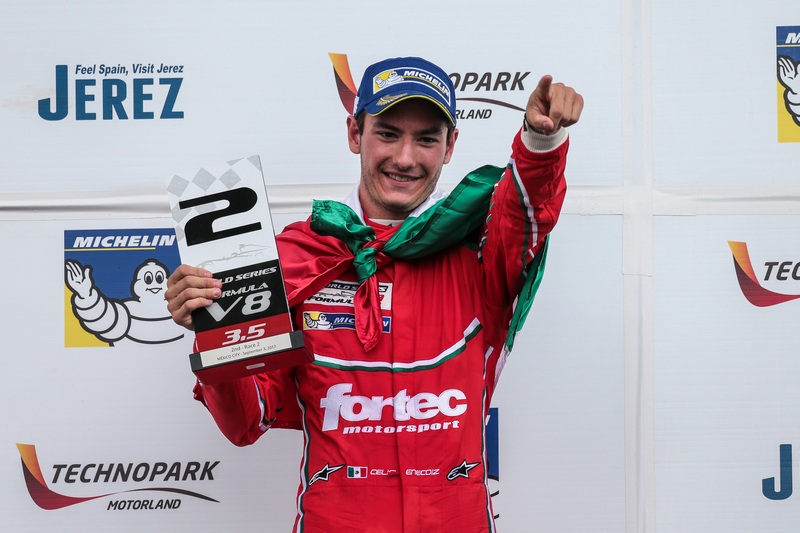 After 15 years of traveling to South America of the World Series by Nissan, the championship returns to run in these places by taking the stage in the circuit of Mexico City, the same host of Formula One, along with the World Endurance.

The Fortec team, Draco Marketing’s partner, was greeted with great clamor from the crowd, bringing the two Mexican drivers Alfonso Celis and Diego Menchaca on track. Celis immediately made his potentials winning the 2nd and 1st place respectively in the first and second free practice. In the first qualifying, Celis got 2nd row and Menchaca the 4th row, similar in the second qualifying round the same day that saw Celis 3rd in the grid and Menchaca 6th in the third row.

On Saturday, September 2, the race 1 was held and Celis cut the finish line to 5th place, followed by his teammate at 8th. The real ransom was on Sunday when Celis finally won the Mexican podium, with the public’s joy, on the second step, only passed by Fittipaldi, the weekend’s leader and currently the leader of the championship. Celis still fights for the title, with 178 points, third at a short distance from Isaakyan with 193 and Fittipaldi with 208. Menchaca also at points Sunday with a good 5th place.

The next event will be in Austin, Texas, on September 16-17, and then the end of the season with Barhain GP on November 17-18.