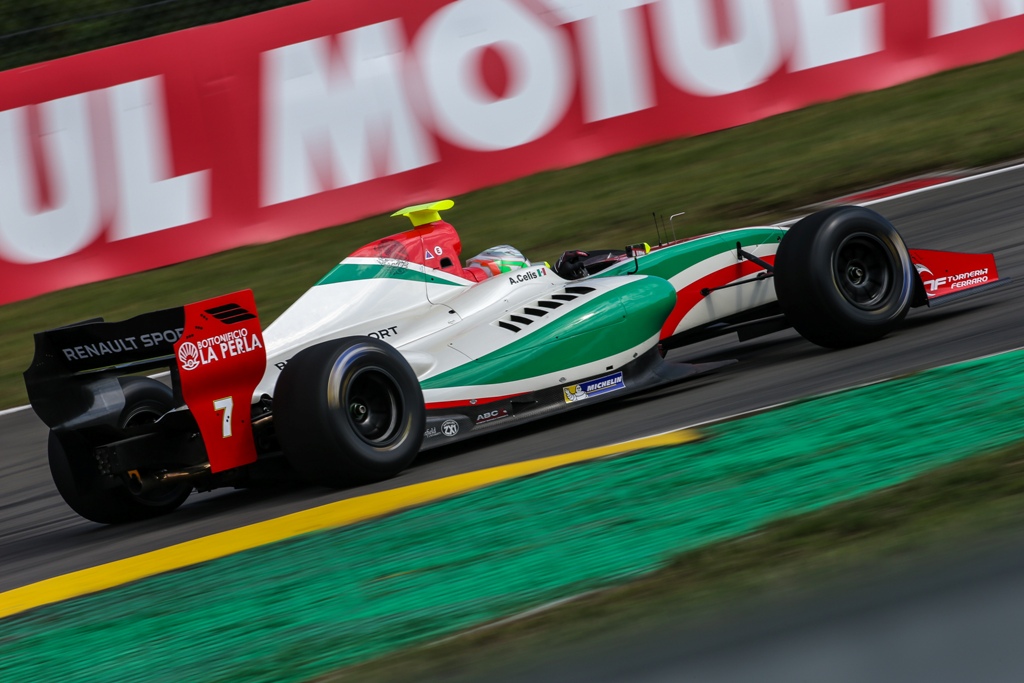 Alfonso Celis Jr. and Diego Menchaca, both Mexicans and paired in Fortec Motorsports, focus on their home race next 2nd and 3rd of September

Alfonso will receive all the support of his local fans in Puebla in a roadshow starting from the Museo Barroco on Tuesday 29th.

The Title countdown in the World Series Formula V8 3.5 will begin with the first 2017 overseas round in Mexico City. Alfonso Celis Jr. and Diego Menchaca, both Mexicans and paired in Fortec Motorsport, will race in front of their fans, battling against one of the most competitive fields in the World Series, with Matevos Isaakyan and SMP Racing by AVF in the lead.

After the Summer break, the World Series teams will recover their machinery and head for the first time to the Autódromo Hermanos Rodriguez in Mexico City, in a joint weekend with the FIA WEC. From Mexico City to Barhain, via Austin TX, every single round must be considered as a Finale as the Series lead presents 6 of the most competitive driver wrapped in 23 points.

Last July, RPM-MKTG, the Series promoter, unveiled some 2018 plans including the extent of the partnership with the FIA WEC, Prize Money for the race winners and some car upgrades with a minimum cost impact.  Besides the test with LMP and GTE teams for the top three drivers in Bahrain, there will be two days of End of Season test TBA soon.

In the first overseas event since the World Series visited Brazil in 2002, Russian Matevos Isaakyan (SMP Racing by AVF) lands in Mexico as the new World Series Formula V8 3.5 leader, following to his successful 1-2 results in Germany, with his team-mate Egor Orudzhev in third, behind Brazilian Pietro Fittipaldi (Lotus).

Celis Jr, born in Tehuacán (Puebla) will set all his efforts in becoming the first Mexican driver to win the Series: “Every day I go to bed trying to do my best! I’m really fortunate to do what I do, with passion! The World Series is the best platform to achieve my goal in Formula One and I want to give everything in Mexico and put the name of my Country on top!”  Following to the official media launch of the Event, which included Celis Jr and Menchaca, Alfonso will receive all the support of his local fans in Puebla in a roadshow starting from the Museo Barroco on Tuesday 29th.

The Telmex backed driver Diego Menchaca has been preparing this meeting with equal passion.  The rookie driver runs after his first victory in the World Series Formula V8 but he counts on his experience in the racetrack. He is the only driver with race experience in the 4.304 meters track:  “The last time I raced here was six years ago! I’m hunger to make my return in Mexico City with this Series. I’m just a rookie but I‘m here to win, and there could not be a better place to do it!