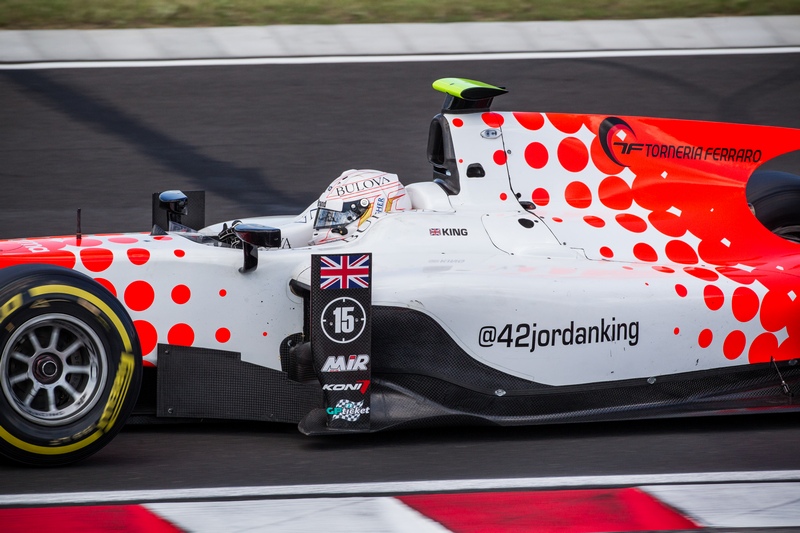 Seventh leg of the Formula 2 championship, in close contact with Formula 1, in the Hungaroring circuit. The MP Motorsport team, Draco Marketing partner, started the weekend very well with Jordan King, wearing the Torneria Ferraro’s logo in his car , in the 2nd row on the starting grid. In the race 1, King fought for the podium, always remaining in the first position, until he was in contact with Boschung and the resulting penalty of 10″ that made him to fall to the 15th position. In race 2 King tried to come back, difficult in the Hungarian track, and he finished 11th.

Sergio Sette Camara, King’s teammate in the MP Motorsport team, had a qualifying penalty and he started from 9th row for Race 1 where he finished 14th, then retired to the 16th position for the penalty imposed because of activating the DRS in advance. In Race 2 he got 13th place.

The next appointment for Formula 2 will be in the circuit of Spa-Francorchamps from 25 to 27 August.