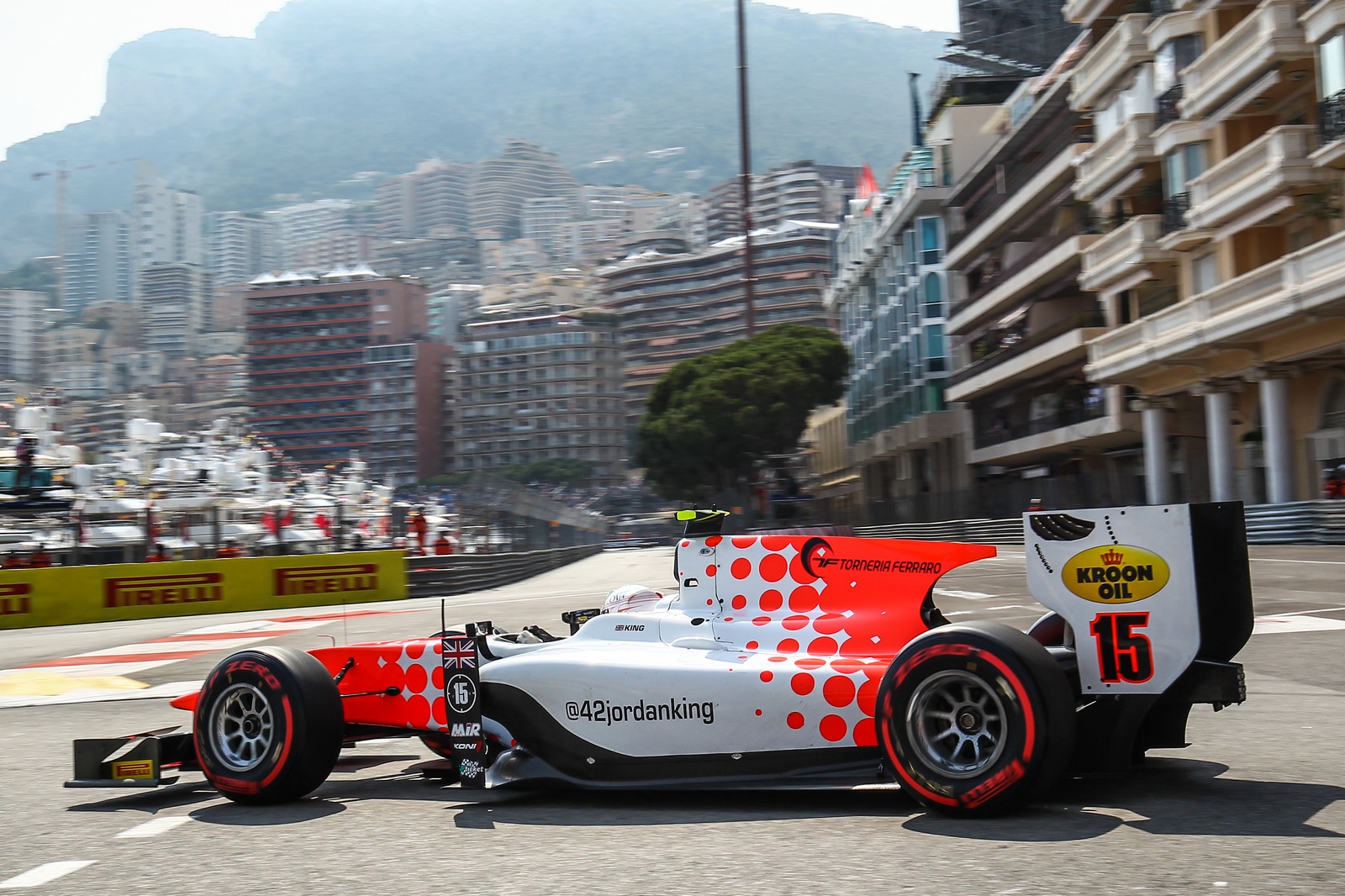 Third seasonly appointment for Formula 2, the heir championship of the GP2 that shares the calendar with Formula 1. This weekend, the Formula 2 was in the city streets of the Principality of Monaco and Draco Marketing followed the team partner MP Motorsport with the drivers Jordan King and Sergio Camara.

After free practice, drivers were divided into two groups of ten to avoid traffic problems and King won the 4th row in the starting grid. There were a few problems for Camara who could not take advantage of the qualifying and he had to start to the last row and then he retired during the race. King in Race 1 got the 9th position and always remained in Top Ten. In Race 2, the MP Motorsport driver won the points zone at the 8th  position, Camara 14th.

After the Monegasque weekend, Formula 2 will move on to the Baku circuit in Azerbaijan on June 24 and 25.