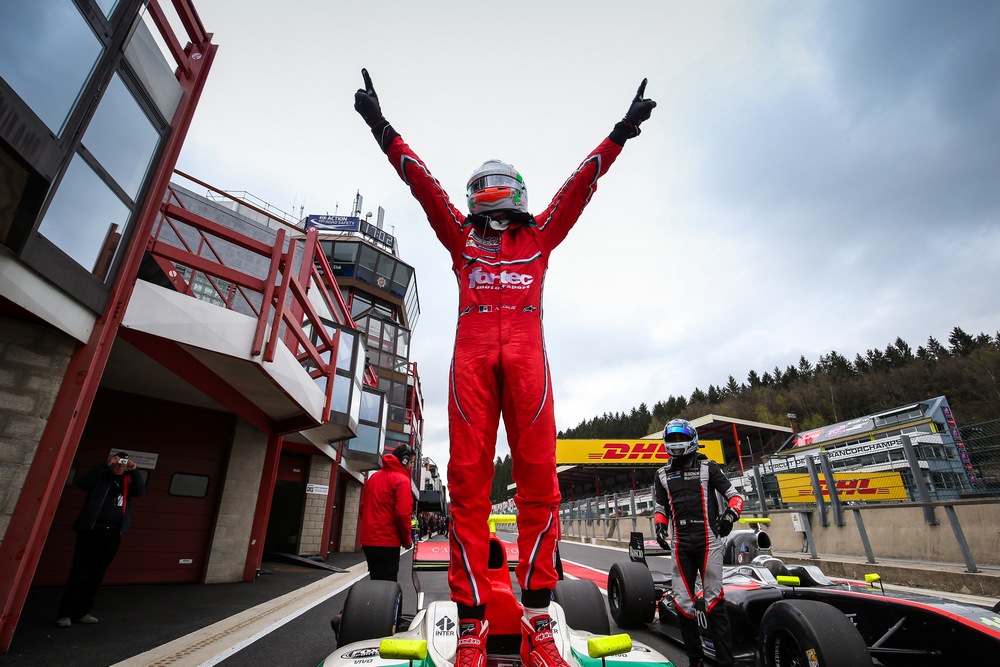 An exceptional weekend for the Fortec team, Draco Marketing partner, always at the top with his drivers. After the Silverstone opening stage, the World Series Formula V8 3.5 came to Spa-Francorchamps where Celis and Mechaca won respectively 1st and 3rd place in the second free practice session. But it is in the first qualifying that Alfonso Celis has completed a good performance winning the pole position on the most difficult track throughout the calendar. Celis, who is also the Force India Formula 1 tester, has reached first place, followed by teammate Diego Menchaca in second row. In the second qualifying, Menchaca got 3rd place, revealing the most competitive rookie.

After the pole, Celis held the race head until the end, even fleeing with a good margin on the rest of the group. Third Diego Menchaca, always on the podium with Fortec colors and with the sponsors of Draco Marketing.

In the 2nd race, Celis is on the podium at 3rd place, thanks also to the excellent strategy of the Fortec team that has decided to anticipate the pit-stop, confirming itself among the best teams in the championship.

Celis is now 1st in the overall standings and looks straight to the Title.

Next date for the V8 3.5 Championship will be in Italy at Monza next weekend on May 13-14.