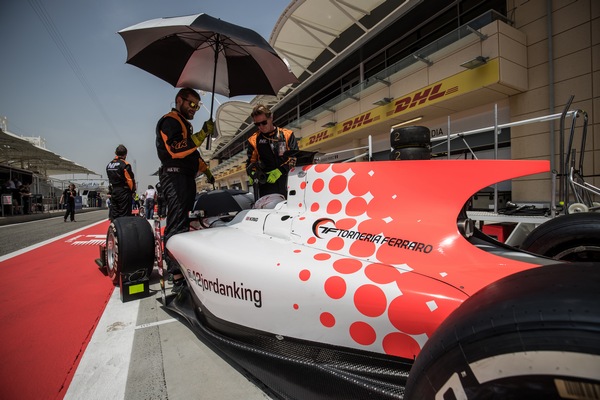 Draco Marketing is present in the FIA ​​Formula 2 Championship, heir of the GP2 Series, with MP Motorsport team. The 2017 season  began the weekend just ended in the Sakhir circuit in Bahrain, where the two MP Motorsport drivers, Jordan King and Sergio Sette Camara, went on track with their cars where there is the Torneria Ferraro logo, historical partner of Draco Marketing.

In qualifying, Camara won the 5th row, followed by teammate King in 6th row. Below 35 degrees in Bahrain, Saturday race 1 is started, where Jordan King, thanks to a great team effort that has taken advantage of tire wear, won the 4th place, one step away from the podium. Camara, who came 12th, then lost a position because of a penalty.

On Sunday the sprint race of 23 laps started, in which King earned 5th place, thus gaining 18 points in two days. Camara, who came 18th, got the fastest lap.