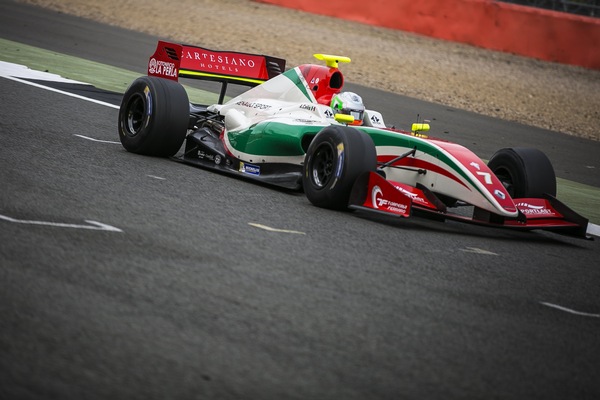 The 2017 season  of the Formula V8 3.5 has just begun with the weekend at Silverstone where the Fortec team, Draco Marketing partner with sponsors Torneria Ferraro, Sirio, Syncro System and Bottonificio La Perla, has deployed its two drivers Alfonso Celis and Diego Menchaca.

During the first qualifying, the two Fortec drivers have won both the 3rd row under the rain and the great cold that characterized the english weekend. During the second qualifying, instead Menchaca scored the 4th row and Celis the 5th.

In race 1, Celis made a great recovery and he win the 3rd place at the finish line after 24 laps, but at the end of scrutineering, the car of Orudzhev of SMP by AVF was excluded because it found underweight and therefore the Fortec driver able to celebrate the 2nd position. Menchaca got the 8th place. In the second race, Celis won the 6th place followed by their teammate.

After the first stage, Celis is already 2nd in the league with 26 points. Next meeting at Spa Francorchamps on 5-6 May.