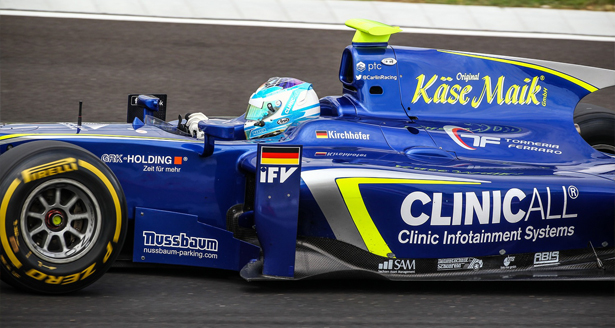 Sixth season stage for the GP2 Series 2016 Championship in Budapest circuit, along with Formula 1.

Carlin team, Draco Marketing Partner, was on track with Marvin Kirchhofer, in the 5th row on the starting grid for race 1 after qualifying, and Sergio Canamasas in 8°. Canamasas had problems at the start and had to deploy from the pit lane, and also due to some penalties for exceeding the track limits, he had to settle for 18th position. Teammate Kirchhofer concluded 14th. Race 2 Canamasas won the top ten in 9th place, while Kirchhofer 13 °.

Next meeting Hochenheim on 30-31 July.