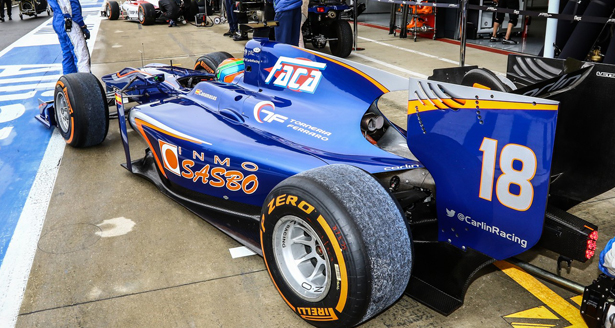 Fifth stage of the 2016 GP2 Series season in the english circuit of Silverstone. Carlin, Draco Marketing Partners, was on track with its two drivers: Marvin Kirchhofer and Sergio Canamasas. After Friday’s free practice and subsequent qualifying, Kirchhofer started in 6th row, while Canamasas in 9th after a penalty.

The Silverstone circuit is famous for weather changes and this time downpours and sunshine have followed, so the strategies for tire changes were particularly important. In Race 1 Kirchhofer crossed the checkered flag in 12th place, followed by his teammate Canamasas 13th.

The next meeting will be in Budapest on 23-24 July.