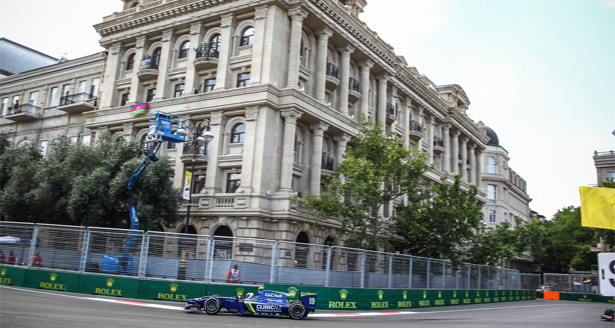 For the first time Formula 1 was on the street circuit of Baku for the European Grand Prix and the GP2 Series championship has inaugurated the track with the free practice of Friday, 17 June. In first qualifying the two Carlin drivers, Draco Marketing Partners, have reached respectively the 4th row for Marvin Kirchhofer and 5th row for Sergio Canamasas. Shortly after the start of the first race, however, Norman Nato of Racing Engineering had a spin involving several other cars, including just the two Carlin who have been forced to retire.

Sunday 19 June, the second race of the weekend took place and both Carlin drivers arrived at the finish in the points zone, Canamasas won the 6th position and Kirchhofer 10th.

The next round of the GP2 Series will be at Spielberg, in the Red Bull Ring circuit in Austria on 2 and 3 July.