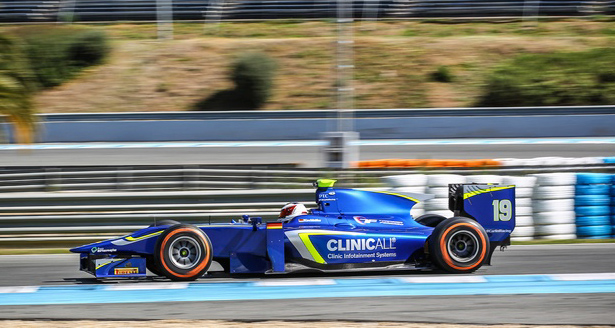 The teams of GP2 Series championship are preparing for the start of the 2016 season, scheduled for mid-May, with the collective tests that took place in Jerez from Tuesday 29 to Thursday 31 March.

Carlin team, with which Draco Marketing works together with its partners, was on track with the German driver Marvin Kirchhöfer that, over the six rounds available, tested the car with different set-ups and he worked with the team for the championship.

After three days of testing, the fastest time of Kirchhöfer is 1’25 “202 achieved in the second day, while the best result is the 7th place on Tuesday. Kirchhöfer has added over 190 laps during the entire test session with a good job between driver and team.

In the Carlin car there was the name of Torneria Ferraro, Draco Marketing’s partner.

The next round of the GP2 Series will be in the Montmélo circuit in Barcelona on 14 to 15 May for the official start of the championship.