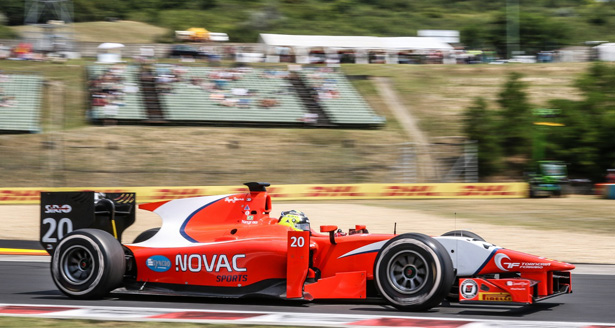 The Hungarian weekend started very well for André Negrao, Brazilian driver of Arden, supported by Draco Marketing. Negrao has won the 7th position in the free practice on Friday and the 7th row of the grid for race 1, thanks to a good performance in qualifying. During the race, however, there have been some issues related to the difficult set-up and the worn tires, so the driver lost positions, until the finish line where he got the 20th position. In race 2 Sundaythe fate was the same, finishing 21st.

“It has come back the same situation occurred in England – said Negrao – in free practice and qualifying the car is fine but then in the race we still have problems to solve.”

The Brazilian is now preparing to face the GP at Spa in Belgium scheduled for 21 to 23 August.