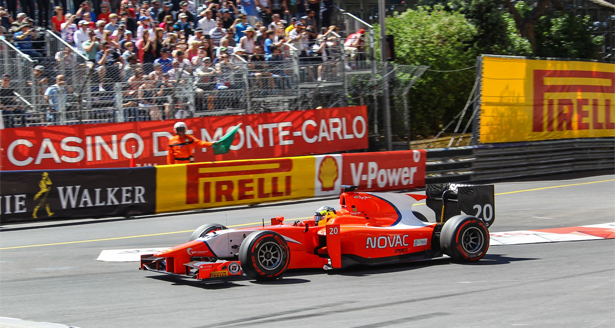 The Arden driver André Negrao, followed by Draco Marketing, attended the fifth stage of the GP2 season in 2015 that took place in the circuit of Monaco this weekend.

In Race 1, Negrao has mounted supersoft tires in the first part of the race and this choice has proven successful, but some incidents on the track and the subsequent entry of the safety car has undermined this advantage. A contact with Matsushita did losing more positions to Brazilian driver who crossed the line in 21st position. In Race 2 Negrao has recovered some positions, but it was not possible to climb in the ranking being a street circuit where overtaking is very difficult, especially in a race with no pit stops. At the finish line André got the 17th place.

The next race will take place in Austria on 20-21 June.