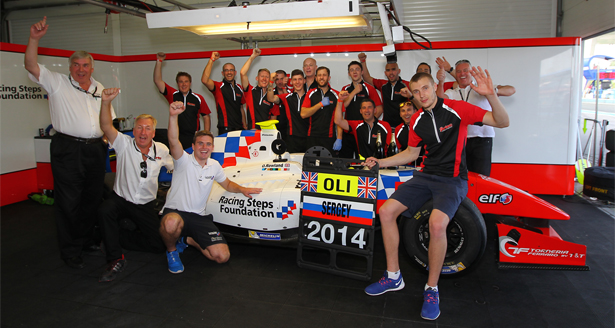 Another weekend of victory for the Fortec team, Draco Marketing partner, that throughout the championship was among the best in the standings with both its drivers.
In Jerez the 2014 season ended and Rowland, once again, was among the leaders. In the front row in qualifying, the english driver won the 2nd step of the podium in Race 1 on Saturday and then he won Pole and Victory in Race 2 on Sundays.

Good performance also for his teammate Sergey Sirotkin, 3rd in race 1 and 5th in race 2.
Rowland, one of the best new faces in the category, earned 4th place in the overall standings with 181 points, followed by Sirotkin 5th with 132 points.