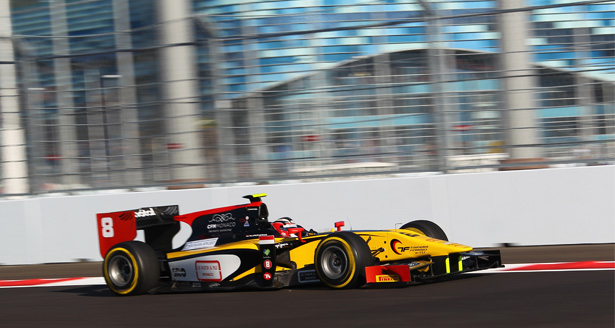 The GP2 Series has faced this weekend a new circuit: the track of Sochi in Russia. The Monegasque Stéphane Richelmi who, for some problems, Friday in qualifying was not able to record the fastest lap and then he had to settle for 11th row, he has started saturday at 4.40 pm local time and during the 28 laps, reduced compared to the 30 regular due to an excessive consumption of gasoline reported by the commissioners in qualifying, had climbed to the top positions, and then he has come to the mandatory pit stop. With the tire change, Richelmi had to give up the top ten and then he cut the finish line in 17th place.

Today, the second and final race in Russia in the circuit of Sochi for the GP2 Series. The weekend of Stéphane Richelmi has been punctuated by various issues, including the penalty incurred after the end of race 1 to failing to comply with the limits of the track in turn 3. The Monegasque is due to start from the 22th position and, with a short race without pit stop, he was able to remount of 4 positions in 21 laps, finishing in 18th place.

In the overall standings, Richelmi is in the Top Ten having racked up good results during the season, as the 1st place in Monaco and the recent 3rd and 4th place at Monza.

The next stop will be in Abu Dhabi on 22-23 November with the conclusion of the 2014 season.