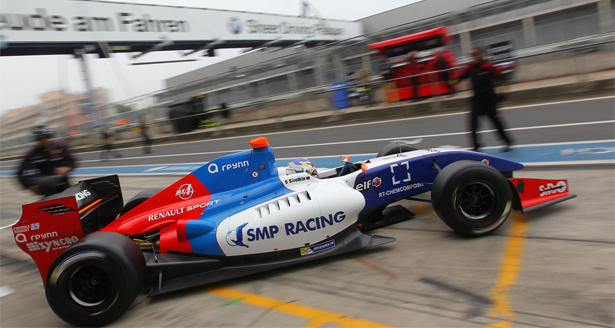 Another great weekend for the Fortec team, Draco Marketing partners, which places its drivers always among the first in the standings.

Saturday, July 12, there were the first qualifying session to determine the starting order of Race 1 and the two Fortec drivers won respectively Rowland the 2nd place in the 1st row and Sirotkin the 3rd place in the 2nd row.

In Race, Rowland was always in second position, but in the end he has lost some place because of the heavy rain, but he still crossed the finish line 4th. Good race for Sirotkin who finished on the podium in 3rd place.

Sunday in the second qualifying, Rowland scored the 2nd row and Sirotkin the 4th. The race of Rowland was short lived due to a crash in the start that forced to retire several drivers. Sirotkin crossed the line 4th bringing home more valuable points.

After 6 races, Rowland is 4th in the championship with 96 points, closely followed by his teammate Sirotkin in 5th place in the overall standings with 89 points.

Now a little stop for the World Series drivers who will meet on the Budapest track on September 14.