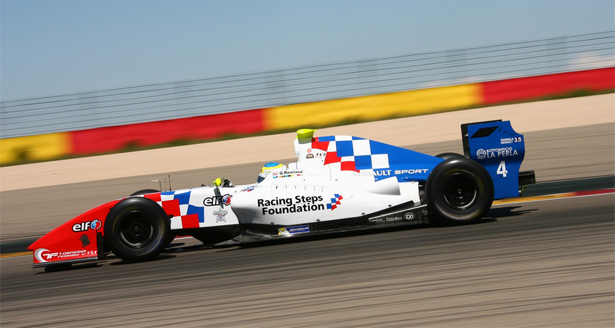 Oliver Rowland has signed the World Series Renault 3.5 weekends at Alcaniz as a real star with the Fortec team. The front row in qualifying on Saturday and a good performance in Race 1 led the Fortec driver on the third step of the podium, but the real triumph was Sunday when Rowland won the pole, the race and set the fastest lap! Everything for the first time, being a rookie in the league.

Some problems for teammate Sergey Sirotkin who in race 1 is not able to gain the top positions due to an oil leak in the seal between the engine and transmission, then promptly settled by the technicians of Fortec and Zytek, while in Race 2 he had a retreat.