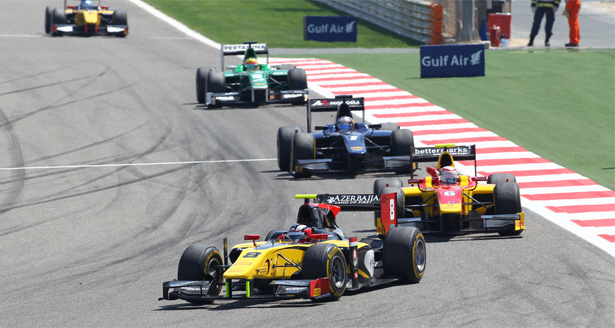 The first race of the GP2 Series 2014 was held today in the Bahrain circuit with a temperature of 54 degrees in the asphalt that has given big problems to the drivers forced, according to new regulatory issues, to mount 2 sets of tires (hard and soft).

Extraordinary start for Stéphane Richelmi that is passing from the 4th to the 2nd position, where he is remained for several laps . After the exit of the safety car , on track for a crash, Richelmi is immediately returned to the pits to change tires , but he has been followed by many drivers that have adopted the same strategy. The traffic in the pits has not been of help and at the return on track the ranking was already much changed because some drivers had recorded the pit stop , while the others have waited until the end. The defeat came in the last few laps when the DAMS tires have succumbed and Richelmi was forced to move back up to 19th position.