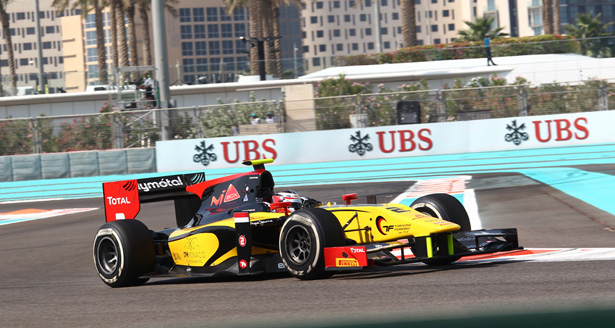 Today the 2013 season is ended with the latest GP2 Series race in the Abu Dhabi track. Stéphane Richelmi, started in the back row due to the withdrawal of yesterday, made a sensational recovery with overtaking and exciting battles. When, in the final laps, Richelmi had almost won the top ten, he was penalized because of cutting a chicane in the first part of the race, which had not benefited the Monegasque driver of the DAMS team. Thus, the Richelmi’s race was ruined and he had to settle for 20th place, but before he had won the fastest lap.

A great season for Stéphane who closes 2013 with a good 8th place in the overall standings and he is preparing to do the next season.